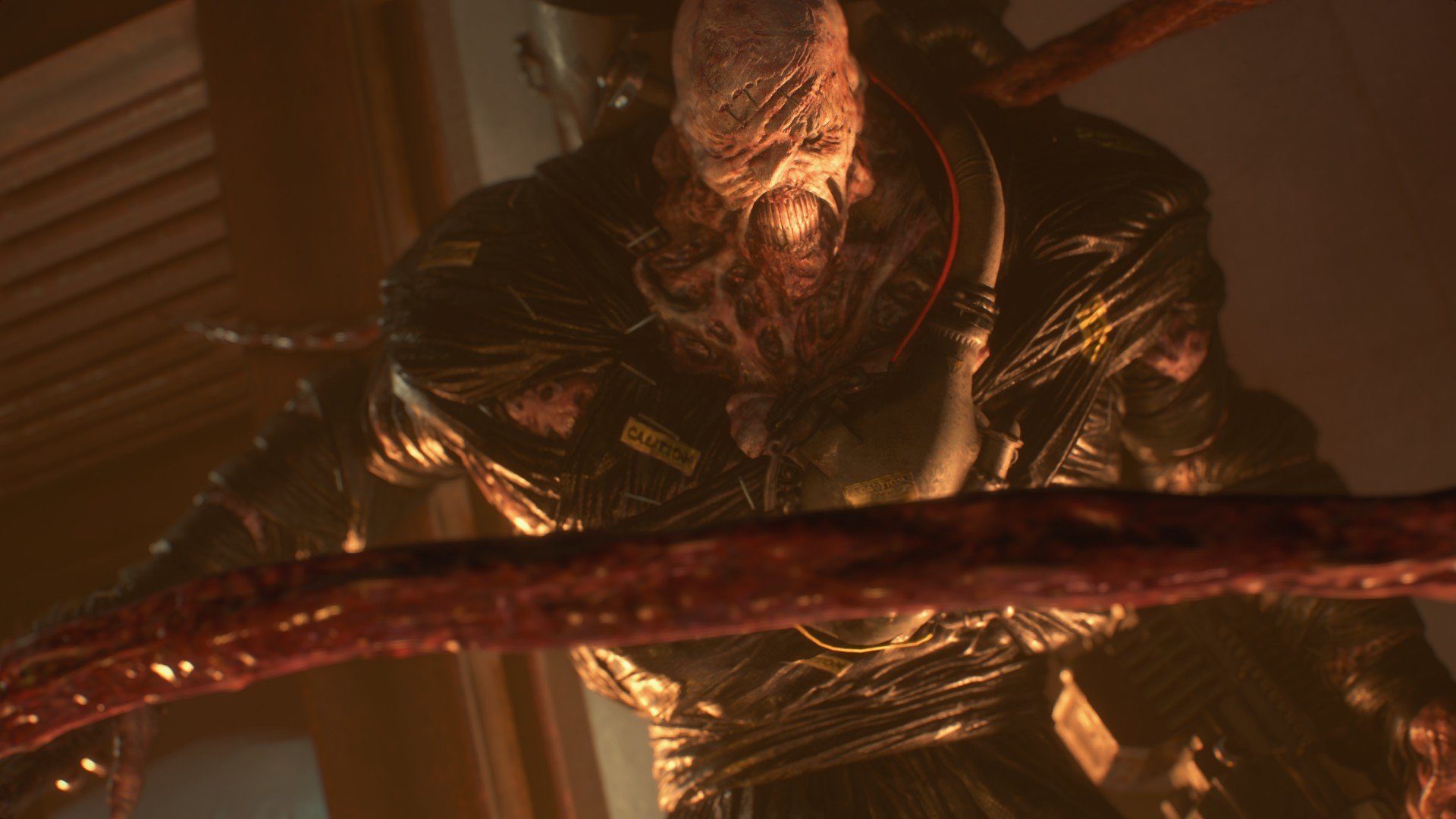 A new trailer and batch of screenshots from Resident Evil 3 focus on its antagonist, the fearsome Nemesis.

You can check out the trailer and screenshots below, which show off Nemesis (and dat nose) from various angles. Also included in the screens are shots of civilian Dario Rosso, S.T.A.R.S. member Brad Vickers, Carlos Oliviera in the hospital (including a Hunter), several exterior shots of the streets of Raccoon City, and a look at a handful of UBCS members including Mikhail Victor, Nicholai Ginovaef, Tyrell Patrick and Murphy Seeker.

Despite some early criticism of Nemesis’ redesign, I’m kinda digging it now — what do you think?