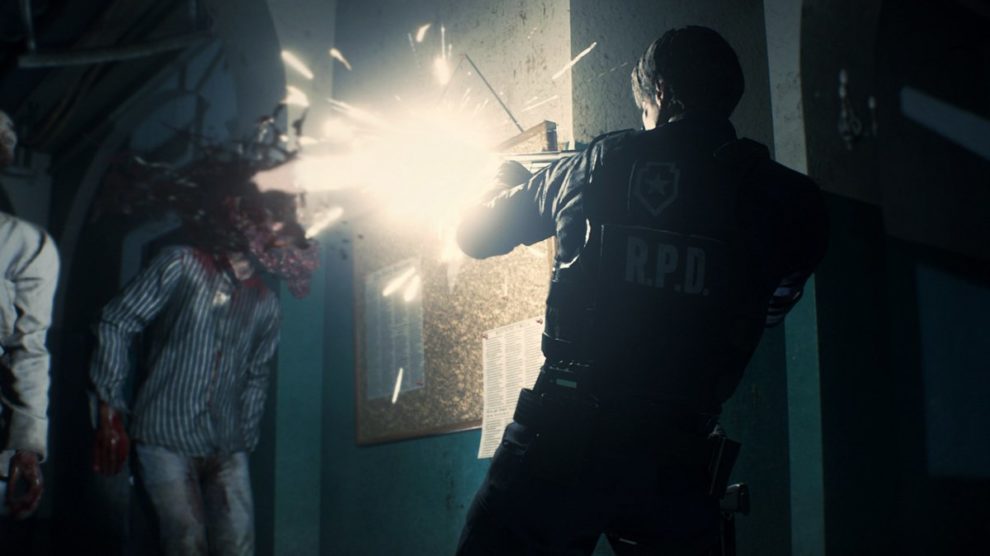 Resident Evil 2 camera angles were the topic of discussion during a recent chat between Capcom’s Yoshiaki Hirabayashi & Tsuyoshi Kanda and VG24/7.

The pair said Capcom spent a considerable amount of time deciding how to pay respect to the 1998 classic, discussing all of the original game’s elements.

“One of those elements [from the original game] was the camera angles,” Hirabayashi said. “We went through a tremendous amount of discussion about what we wanted to do with that, and it took a long time. These are the kinds of discussions that we took into developing a brand new Resident Evil 2. We wanted to bring something new, but also create something that paid the utmost amount of respect to the original content.”

Capcom decided against set camera angles for the modernised project, instead using a third-person perspective and camera that takes advantage of Resident Evil 7‘s RE Engine. The result is a game that’s drastically different from the first-person RE7, and similar but different to the experience found in the third-person Resident Evil 4.

“Because RE2 has a different camera angle we’re not incorporating the exact same techniques, but what we’re doing this time around is we’re trying to focus a lot on combat with zombies,” Kanda added.

“Around that, we’re doing whatever we can to make sure the audio elements really enhance that tension and immersion with those elements that we’re trying to stress in RE2.”