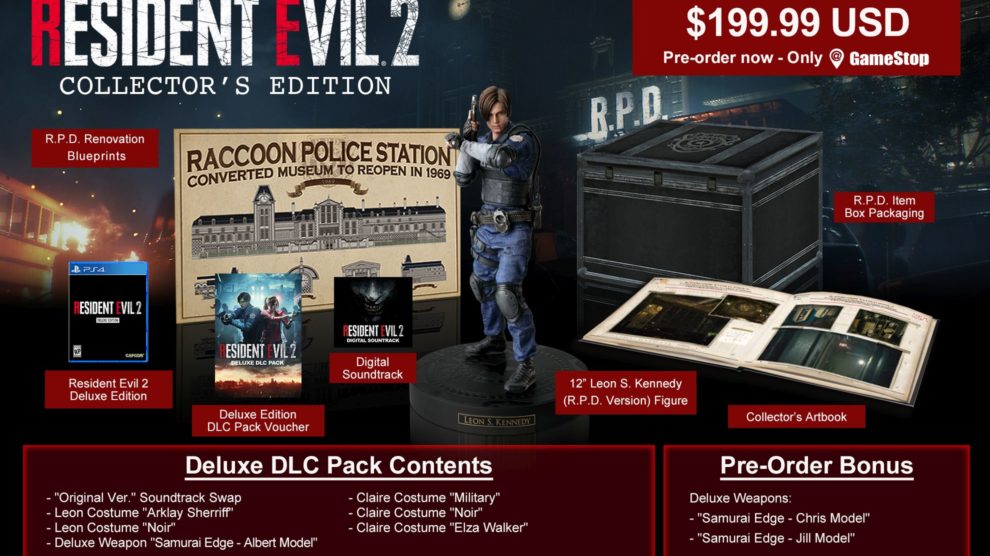 A ridiculous RE2 Collector’s Edition is exclusive to GameStop in the USA and comes with a 12″ Leon S. Kennedy.

Priced at $200 USD, the Collector’s Edition comes with a bunch of content, including:

Moreover, two additional deluxe weapons are available as part of a pre-order bonus:

What do you make of the Collector’s Edition?

We’re awaiting details of Australian availability — we’ll report back as more is known.