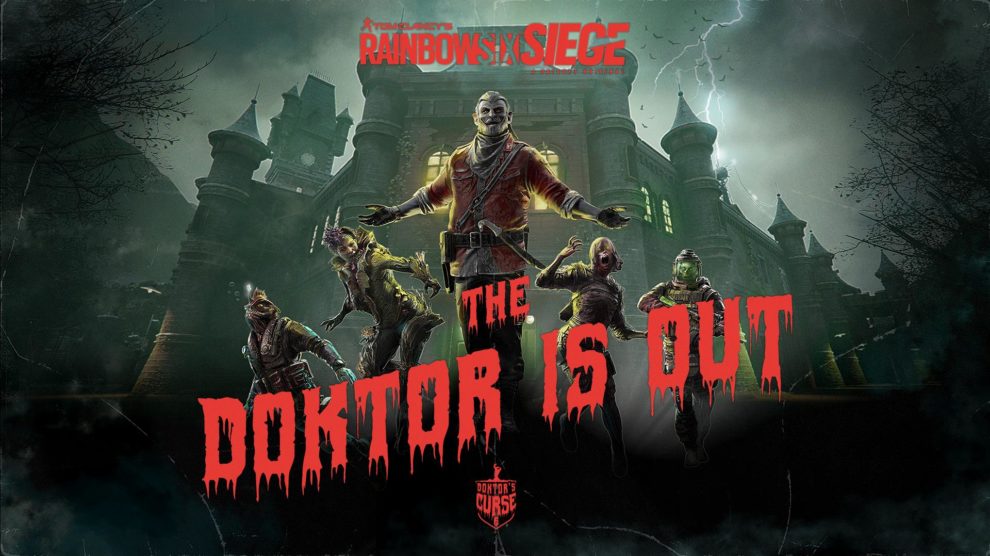 Doktor’s Curse kicks off on 13 October (pity it’s not a Friday, eh?) and runs until 2 November, bringing back the Monster Hunt game mode on a Frankensteined version of the Theme Park map.

“In this new version of the 5v5 Monster Hunt mode, some Monsters (Lion and Jackal) have joined the side of the Exterminators,” Ubisoft detailed in a press release.

“The Sledges are back and again, they only wield Sledge hammers as weapons and one gadget from a selection of three, each attached to a unique operator skin – Eyenox Model III (Jackal), Heartbeat Sensor (Pulse) and EE-ONE-D (Lion). They will face five other Monsters: a cast composed of Lesion, Frost, Kapkan, Smoke, and Ela, with new additions of Aruni and Melusi.

You can sneak at peak at Monster Hunt below.