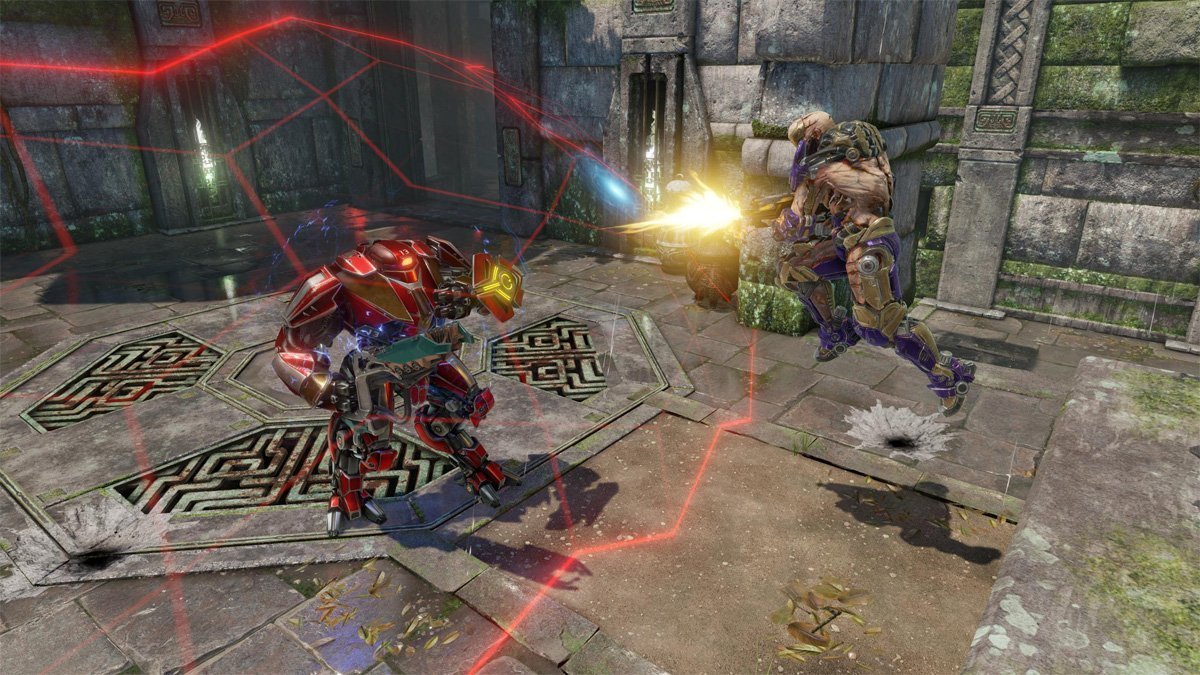 Available now, PC players can grab the game for free on both Steam and via the Bethesda Launches.

“Quake Champions remains in early access, but new players will be treated to a constantly updated game experience with new content, improvements, and events planned for the future,” Bethesda said in a press release.

“The game recently received a major content update that included a new Champion, Death Knight – as well as new ways to play with bots, plus the roadmap reveal of upcoming updates – including new Champions, modes, cosmetics and more.”

“Our free-to-play test at E3 saw more than a million players test their skill with Quake Champions, and the feedback we received from our community has helped us get to this point — launching our free version for everyone,” said Tim Willits, Studio Director, id Software.

“Quake Champions brings all of the intense gameplay and skill-based action that millions of fans have loved for decades, along with exciting new additions and twists, and provides it to anyone, all for free. And what better place to launch Quake Champions for free than at QuakeCon, a gathering of thousands of our most diehard fans, and with a major esports tournament with the best FPS players in the world.”

The free-to-play version of Quake Champions comes with two Champions: Ranger and Scalebearer. Additional Champions are available for purchase or can be unlocked by earning in-game currency. Moreover, players can also spend $29.76 AUD on the Champions Pack, an “early adopter bundle that includes all 14 current Champions, as well as all future Champions, and additional in-game rewards.”

Quake Champions is available now in Early Access for free on Windows PC via Steam and Bethesda.net.