Home » News » PS4 system update 2.00 will be released this month 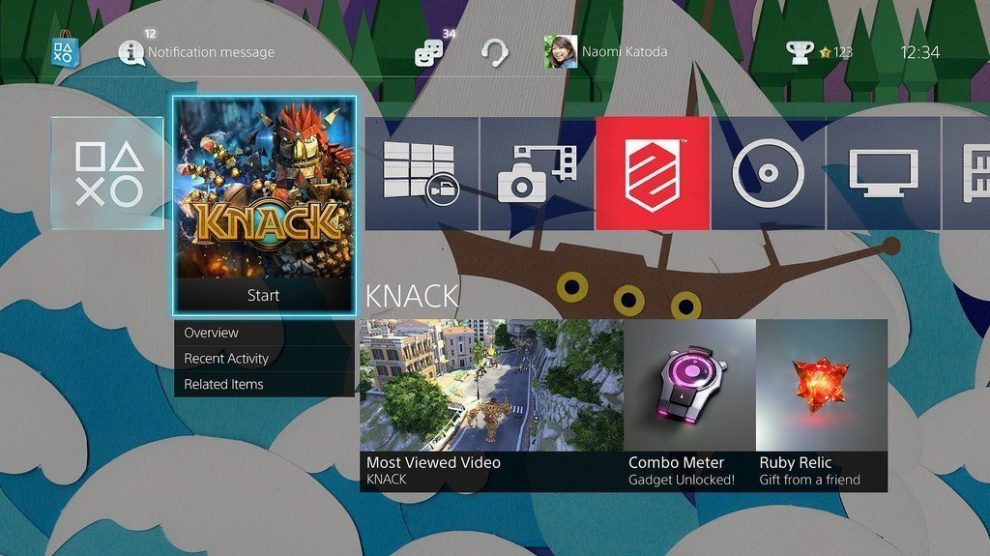 The update brings a whole host of changes to the PS4 including a dedicated YouTube app, SharePlay, themes, USB Music Player and more.

SharePlay “will create an online local co-op experience by allowing you to invite a friend to join your game—even when they don’t own a copy of it. [Y]ou can even jump into a game to assist a friend. For example, if there is part of a game that you can’t quite finish, you can invite a friend to take over your controls. Like handing over the controller to a friend on your couch, your screen will be shared as your friend gets through the part of the game that has been giving you trouble.”

The USB Music Player will allow PS4 owners to plug in a USB device with music loaded onto it into the PS4 and play their own music in the background of games in MP3, MP4, M4A, and 3GP formats.

Another great addition is the ability to add games to your library from PlayStation Plus rather than having to download them immediately. This means subscribers are still recognised as owning the content, but can save space on their PS4’s HDD and save bandwidth.