Over the weekend, Sony confirmed that it’s had over 11 million downloads of its new PlayStation Music app, making it “one of the most downloaded apps in PlayStation history.”

The app is a collaboration between Sony and the popular Spotify streaming music service, offering PlayStation owners access to their Spotify playlists and the overall catalogue of songs.

Moreover, Sony also highlighted the most played tracks on PlayStation Music, as follows:

Do you use the PlayStation Music app? 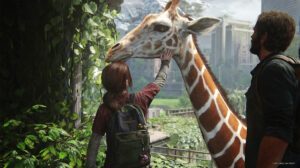