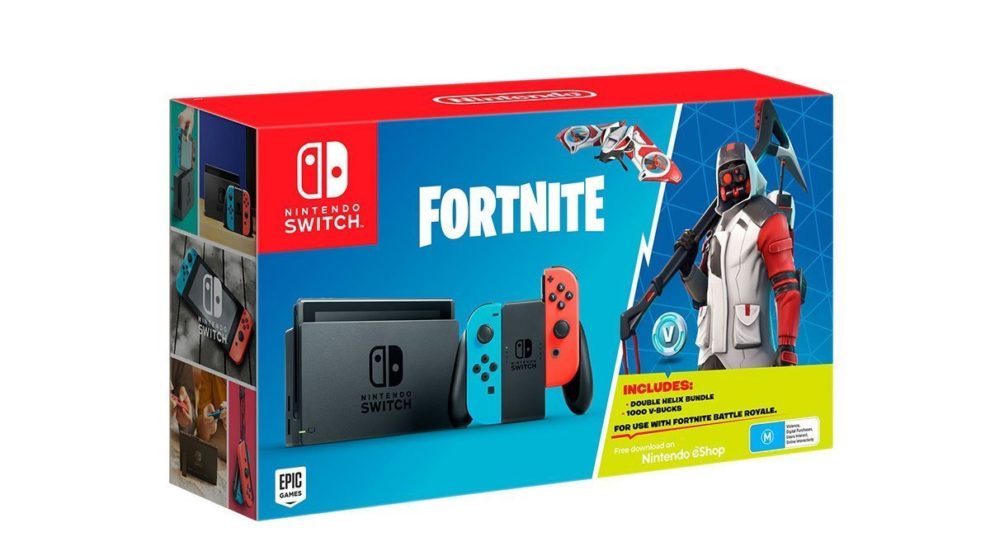 A special Nintendo Switch Fortnite bundle has been confirmed for Australia and New Zealand.

Available from 5 October, the bundle includes a Nintendo Switch console and 1,000 in-game Fortnite V-Bucks. It also comes with the Double Helix Bundle, which includes a unique Character Outfit, Back Bling, Glider and Pickaxe. Fortnite itself isn’t included, but that’s okay — the game’s free-to-play and can be downloaded from the Nintendo eShop.

Nintendo didn’t confirm pricing on the bundle; we’ve asked for it now.