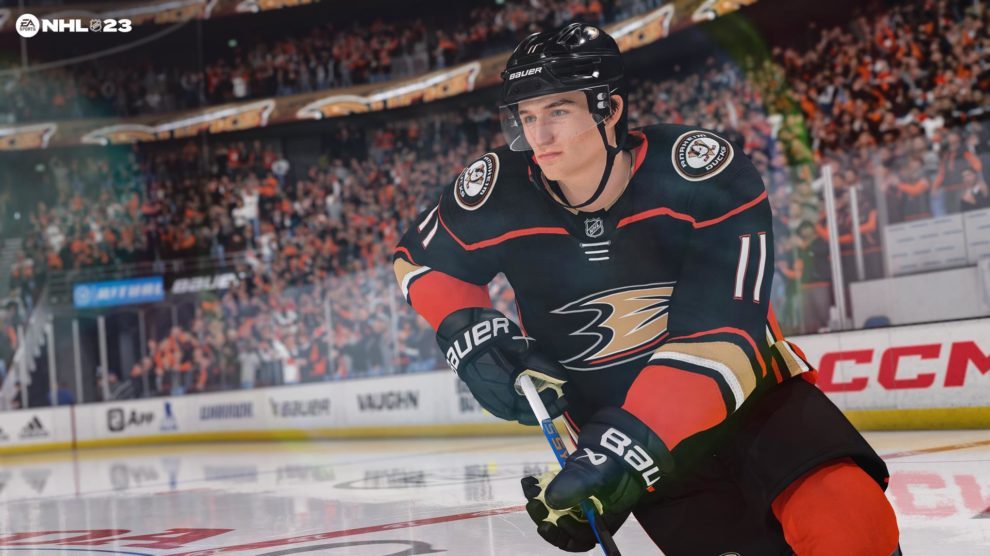 NHL 23 is fast approaching, and EA is building up hype by releasing men’s rankings.

We’ve compiled a listing of all men ranked 90 OVR or higher for you to check out below.

Though he made the cover, Ducks’ star Trevor Zagras (in the image above) didn’t make the cut.

It also should be noted that this isn’t a full list of 90+ OVR players, as it doesn’t take a host of newly included female players into consideration.

“NHL 23 is the first Ultimate Team in history to include a women’s license and we look forward to giving our longtime HUT playerbase this new and exciting way to play and create their lineups,” Creative Director Mike Inglehart told Stevivor back in August.

“The women’s roster will be recognised as some of the best players in the world through their in-game ratings; a 94 rating is a 94 rating, no matter who you add to your squad.”