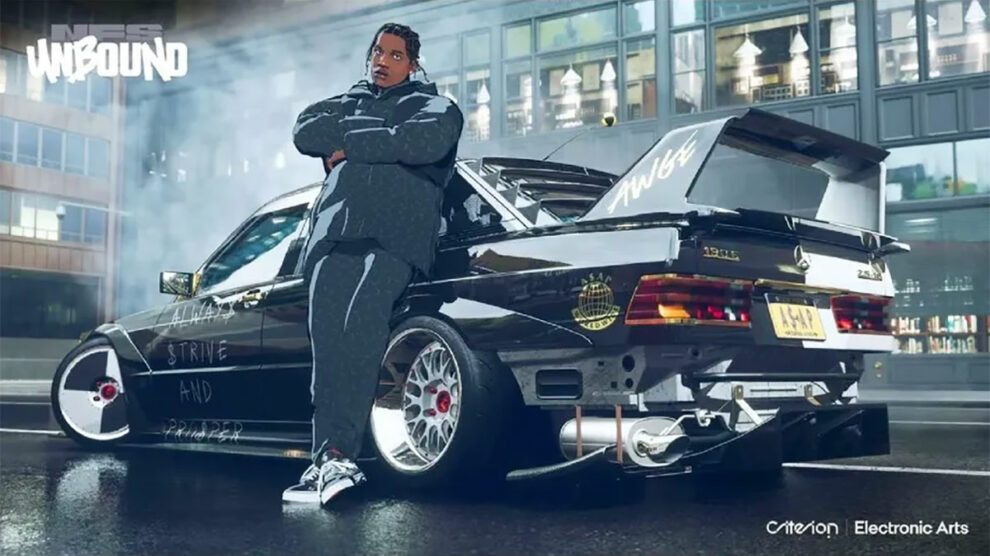 And it has a big anime feel.

Need for Speed Unbound has leaked ahead of a full reveal, showing off a very heavy anime influence.

Japanese retailer Neowing is the source of the leak, which also suggests that Unbound will launch in December.

“Bringing graffiti to life in a completely new visual style, merging the latest street art with the most realistic cars in Need for Speed ​​history,” reads the game’s listing (translated from Japanese; it’s since been removed).

“Go to meetups and show off your style with many items, including limited edition gear, from the world’s latest fashion,” it continued. “Then add the finishing touches to your car’s style, transforming it with unique wraps and cut-out items to match your legendary custom car, and take the lead in races and put your winning pose above the competition.”

The listing also confirmed that rapper A$AP Rocky will appear in-game, also offering some music in addition to a soundtrack produced by French composer Brodinski.

A number of cel-shaded images accompanied the listing; one is above.

EA has kept tight-lipped about the next Need for Speed title; a reveal is scheduled for 2.00 am AEDT tomorrow, 7 October.

We’ll keep you informed as we learn more about Need for Speed Unbound.