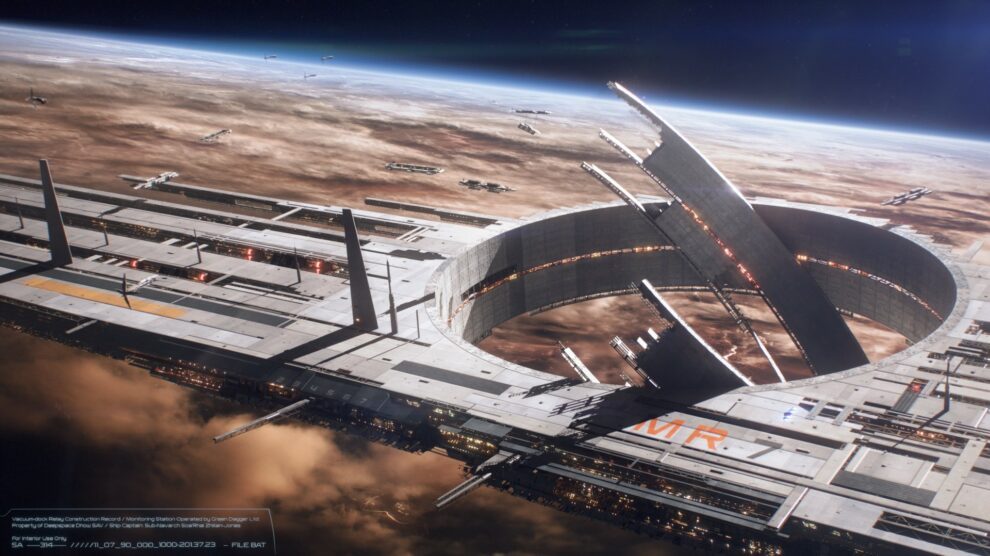 It’s N7 Day 2022 in North America, an event that celebrates the Mass Effect franchise in all its forms. Today, EA and BioWare kept mostly quiet about their upcoming Mass Effect iteration, but did talk about in-game items in The Sims 4 alongside new real-life merch.

Mike Gamble, the Project Director of the next Mass Effect game, took to a larger post with a small tease.

“We love bringing this universe to life, and although there’s much more we want to share with you, that’ll have to be for another time,” he began. “For now, there is something we want you to have a look at. We’ve intercepted some strange footage from one of the monitoring stations in known space. It could be nothing, but…”

The image above followed; any ideas on what makes it so important? The file — sent to Stevivor by EA ahead of the post’s publication — was named “SA Intercept Satherium System Dock 314” if that’s of any help.

Moreover, new Mass Effect-themed items will be available inside The Sims 4 from 18 November. They’ll be free to those playing the (newly) free-to-play title.

In terms of things you can buy, EA and BioWare also linked to various real-world merch stores full of wearables, comics and more.

Were you hoping for a bigger announcement from this year’s N7 Day? Why or why not?

If you’re jonesing for some Mass Effect, the Mass Effect Legendary Edition is out now, bundling the first three games of the original Mass Effect trilogy.