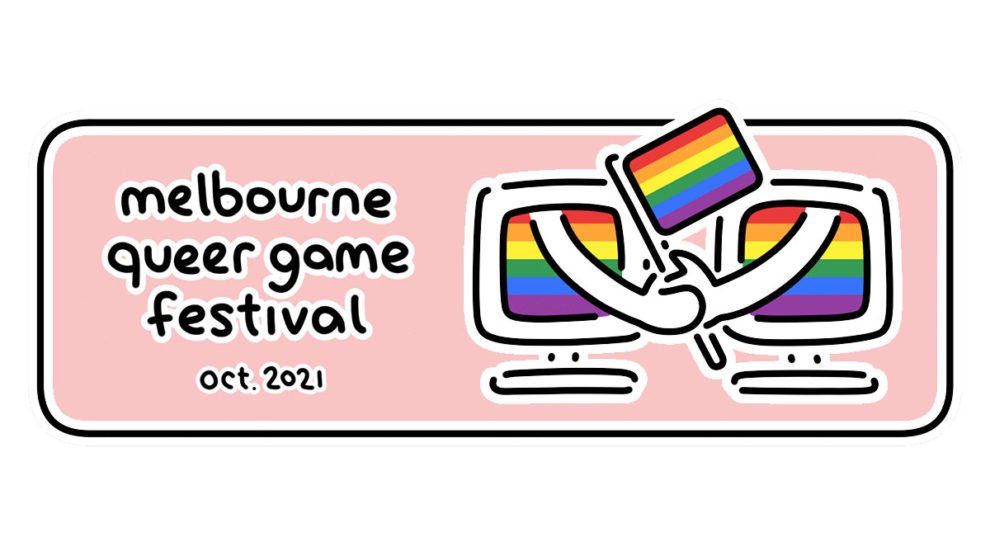 That's a lot of good'uns!

The Melbourne Queer Games Festival 2021 has selected a whopping 57 games to showcase in its online festival.

The selected titles are across a wide range of genres and address an equally broad range of issues and interests.

TraceS, by Paulette, is the first “of a series of Bitsy games, which proposes to search for traces and archives of the fight against AIDS”. Titles like Arcadia Fallen by Daniel Svejstrup Christensen and Parmesan by Laine Parent feature non-binary protagonists, while the likes of Weltschmerz by BáiYù and Take a Piss Like a Woman by Velvet focus on transgender characters.

If you’re looking for a little escapism, you can manage a magical hotel in Minotaur Hotel by MinoAnon, pretend to by skeletons who’ve forgotten what sex is in TOMBS Toot on my Balls Skeleton by Cam Burke, or retell scary queer tales in Rhianna Newlove’s Ghost Story… not to be confused with Emma Conner’s Ghost Stories, which has you listening to creepy tales. Developer Red Chan has two titles showcased: I’m a love interest in my childhood friend’s reverse harem is an “otome game with BL possibilities”, while I’m a side character in a BL story! focuses on an NPC.

Video World by Melbourne’s Jacob Leaney, also known as Monster Mansion — a title and developer that we’ve covered in the past — is also one of the titles featured in this year’s festival.

“I definitely think in previous years, you’ve been able to discern trends quite easily, and I thought coming in this year that some of the trends from last year would follow through,” organiser Luke Miller told Stevivor when looking at this year’s selections. “Particularly, around trans games — they’ve always been really strong part of the festival.

“You’d think the big two are the lesbian and gay [themed games], but every year that it’s the trans games that show up. That’s because I think they’ve got something to say at the moment, compared to the other letters of the of the rainbow alphabet,” he continued.  “But this year I think discerning a trend a lot harder; there just seems to be more variety.”

While Miller is still working his way through playing each of the showcase games in the lead up to the festival in October, he said that he hasn’t “come across a single instance of ‘will you kill someone’ or ‘shoot someone'” and that all the titles are “contemporary, slice of life games”.

Miller also noted that the quality of submissions continues to rise with each year that passes.

“I think in our first and second year, we only had three or four games that weren’t [visual novels]… but this year we do seem to have more technically minded games than just the visual novel, and I think that’s notable,” he said. “There are RPGs where you walk around or fly around, and some 3D games as well.

“I think the tools are maturing or the scenes maturing a bit.”

All games in the Melbourne Queer Games Festival 2021

All 57 titles are available to view — and most are available to play — via the Melbourne Queer Games Festival 2021 website. We highly encourage you to check them out share your favourites with others.

While the showcase is live now, the Melbourne Queer Games Festival 2021 kicks off proper in October, timed with the Melbourne International Games Week.