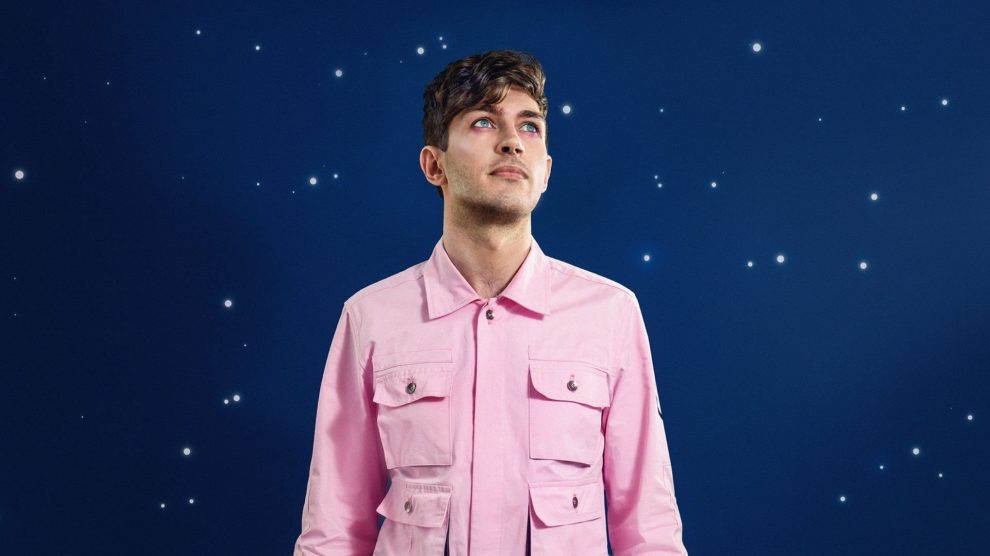 This marriage of interaction and sound didn't require a postal survey ahead of time.

“I feel angry and confused / I feel damaged, I feel abused,” it begins, instantly transporting me back to a year filled with the ramblings of a small, vocal group of god-fearing heterosexuals who thought they were superior to me and were provided a venue by our own government with which to assert that opinion.

“I feel embarrassed and afraid / I feel sick and I feel ashamed,” it continues. “Exhausted and undermined / When you treat me like I’m a child / So don’t try to apologise / I could forgive you but I’m so tired.”

While “Human Rights” stirs up those initial feelings of shame and desperation, it quickly swells into a anthem that celebrates pride and acceptance, reflecting the resulting “tidal wave” of the yes campaign. Its interactive experience leans further into this, featuring one mini-game that tasks players to revive hearts and another that reveals new assets including a “YES!” mural and letter written to encourage neighbours to support equality when its on-screen lyrics are explored.

It truly generates hope and joy from despair. 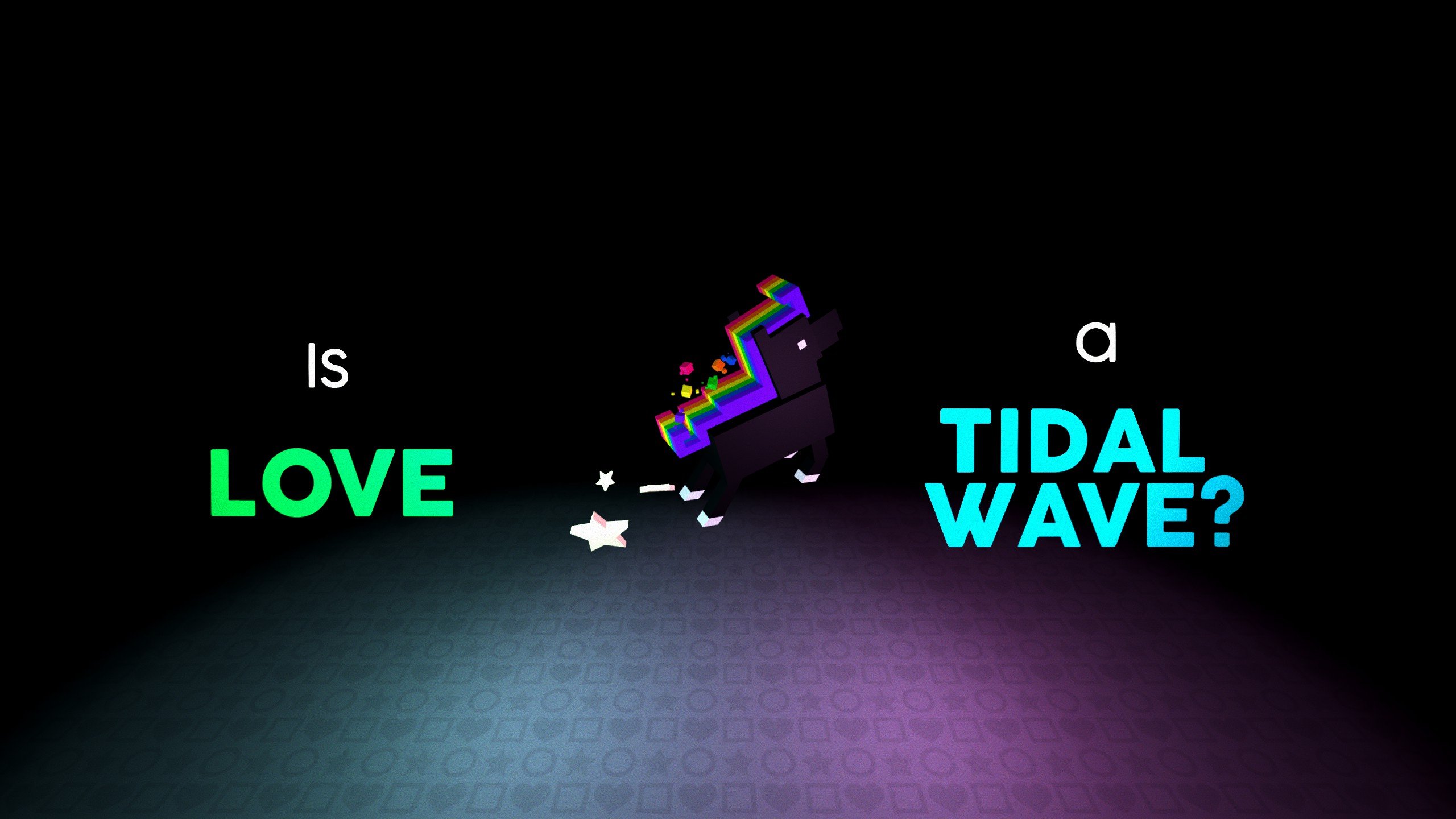 Both Monster Mansion and Things for Humans have been quiet since then, but return later this month for Video World, a three-track EP and accompanying game that directly tap into 90’s nostalgia.

The 15-20 minute experience is set in a sleepy video rental store over Halloween and features a pink-haired clerk named Casper. While Casper himself is a queer protagonist, Leaney said Video World is “gay by proxy,” and that Things for Humans strives to present “gay or otherwise queer characters in a normalised way… [so] audiences have the opportunity to see queer people as a normal part of a world.”

Left in charge of the shop, players will clean and decorate it, complete rhythm challenges and befriend a puntastic, paranormal pumpkin who wants you to use your own silky-smooth voice to sing to its tunes.

“I never actually worked at one, but they’re the source of some of my favorite memories from when I was a teenager,” Leaney said of video stores. “I used to live to really close to one; a couple of my friends worked there.

“We used to go down every Thursday or Friday night and it was just quiet and had this serene feeling. We chatted and tried to decide upon 7 weeklies for $7.00 or whatever the deal was. I really missed that, and knowing that I can never have that again is really saddening.” 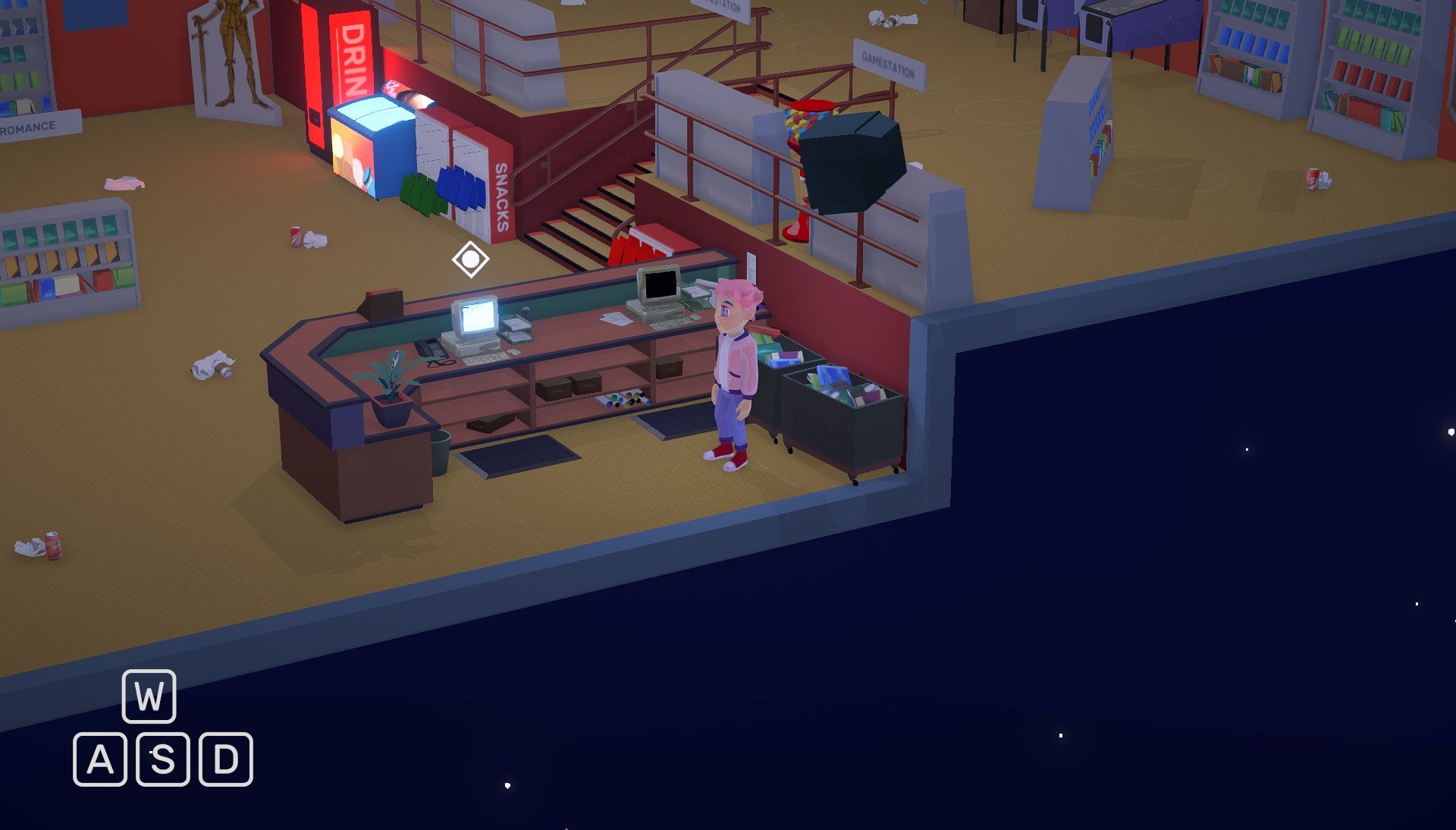 Video World’s leading single is “Blood Like Wine”, a track co-written during lockdown as part of a collaboration event called “The 321 At Home Sessions” as organised by APRA-AMCOS.

“We never met; we just had a video call,” Leaney said of co-writer, Bianca Ivorie. “It was inspired from [another] character that you meet in Video World and will be in I Love You, Tokyo.”

The second track, “Talk”, is my personal favourite, and I soon figure out why: as Leaney explains, it’s as over-the-top as one can get.

“’Talk’ started as a piano chorus,” he explained. “I had one of those days where I had a disagreement with my boyfriend about something really small; we didn’t even get into an argument. You feel a bit shit for half an hour and then you make up and it’s fine. But what I love about songs is they’re like a hyperbole for real life. It’s taking this one emotion and going, ‘how dramatic can we make this?’” 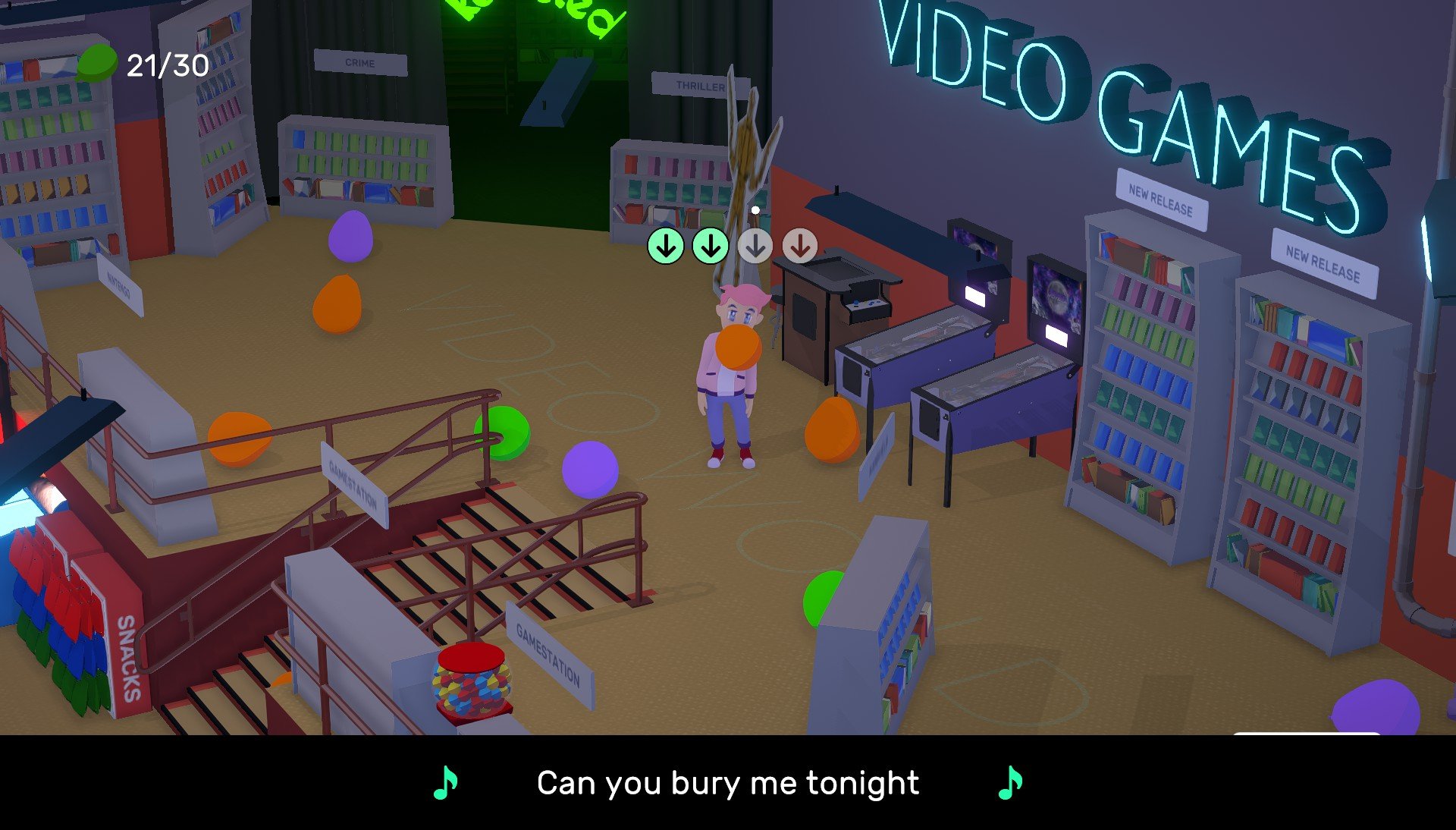 The EP’s last track, “Bury Me,” shares something in common with “Human Rights” as it was inspired by the events of the time it was written.

“It was a lockdown-inspired song,” Leaney said with an apologetic look on his face. “I’m sure the world is pretty sick of hearing about them, but it kind of kind of had to happen.

“I tried to use it as a bit of a metaphor. I think everyone went into a bit of a depressive feeling, and the chorus is saying, ‘bury me so I can feel safe.’ It’s about feeling really comfortable in that depressive state.”

While the music of Video World was created before the game itself, there’s certainly a lot of connective tissue.

“I have this kind of obsession… of wanting to create these nostalgic, safe, warm places that you kind of just never want to leave,” he said while describing “Bury Me”.

“I wish I could just go in there and be there forever.” 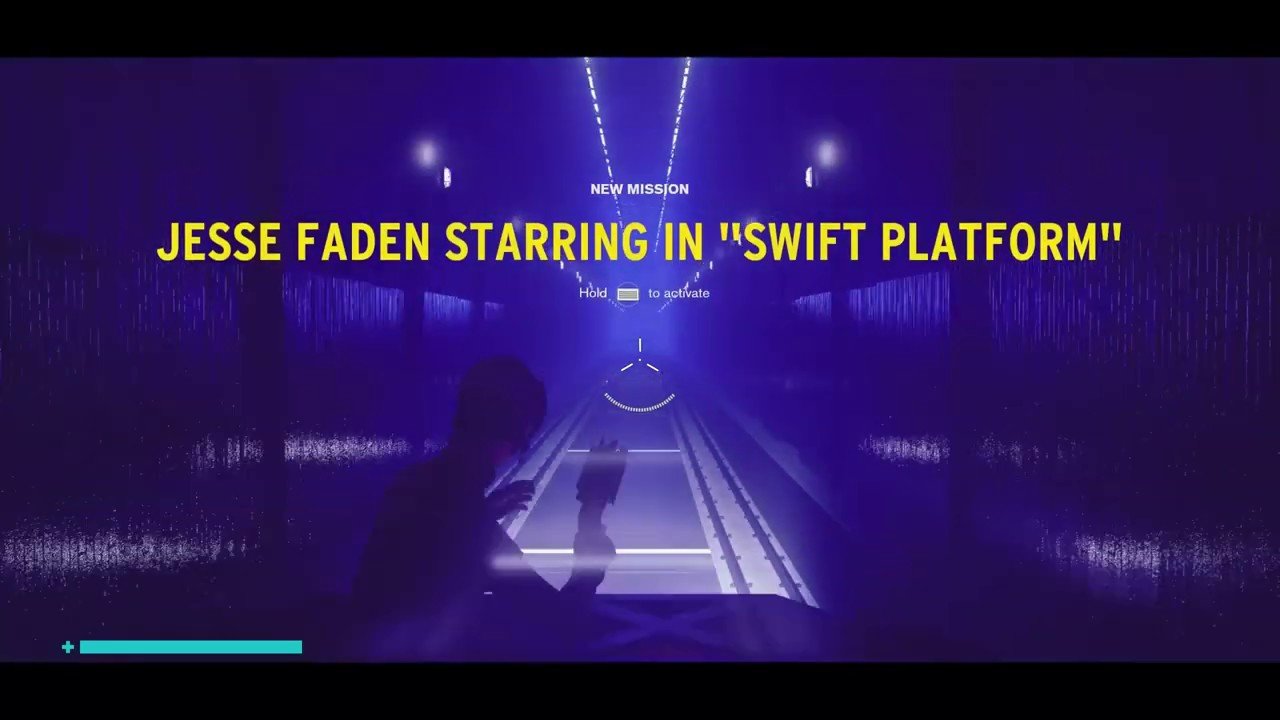 The evolution from Relax, Things for Humans’ first video game, to Human Rights is easy to see; it’s equally as visible between Human Rights to Video World. Leaney wants to continue that trend and seems to only be held back by his ambiton (or rather, a lack thereof).

“What I’ve learned from Video World is actually to incorporate more of the activities between the songs,” he said, critiquing his work before it’s even available to the public and discussing how I Love You, Tokyo will improve. “I don’t want it to feel like a rhythm game; Video World still does.”

He pointed to Remedy Games’ Control as an example of how to to it right, specifically citing its Ashtray Maze and Foundation DLC Swift Platform setpieces as ideal examples of how to fuse music and gameplay together.

Another hurdle is the actual concept of a combination of an album and game working in tandem, he said.

“When I came up with this concept of, ‘I want to release songs and I want to make games for the songs,’ I really thought of them as one thing,” Leaney told me. “What I found is that people could just not get their heads around it. It was really difficult just because it hasn’t quite been done this way before in the mainstream.

“With this release, I’ve really tried to separate it and to kind of make a bit of a clear audience for ‘this is an EP’ and ‘this is a game’. Hopefully there’s a crossover.” 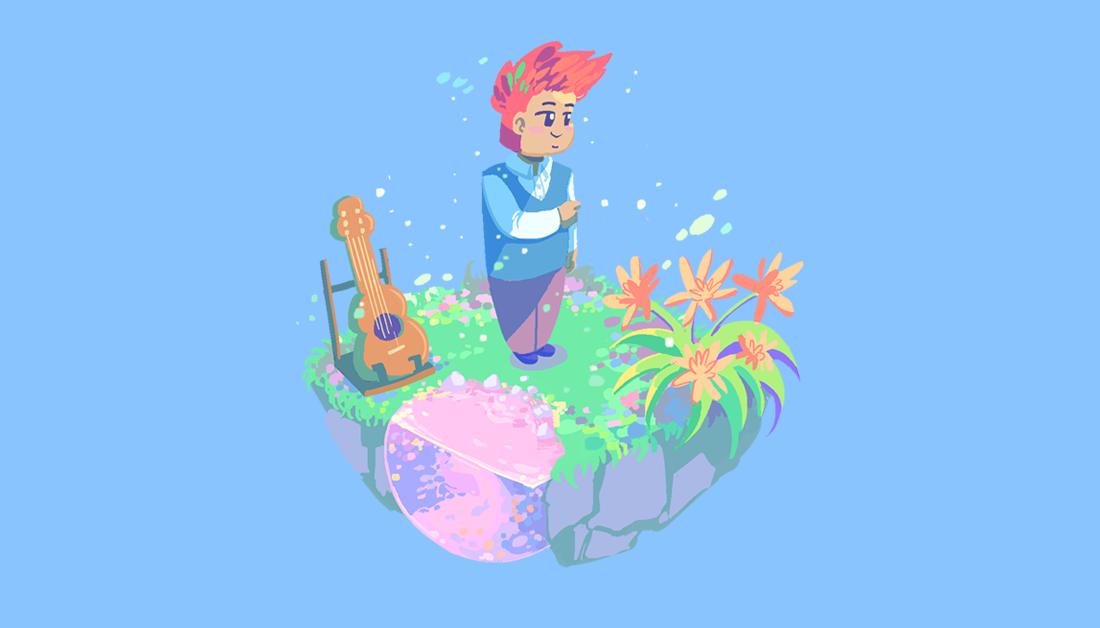 I can assure you that there is, with both elements of Video World coming highly recommended. The gameplay experience is admittedly short (and carries an extremely friendly $1.49 AUD price tag accordingly), but its songs will stick with you for a long, long while. Together, the complete package of Video World has brought a smile to my face and a yearning to see what I Love You, Tokyo will offer.

Video World‘s three-track EP will be available from 22 January. Written and produced by Jacob Leaney’s Monster Mansion, songs were mixed by Tristan Hoogland with additional songwriting by Chris O’Neill and Bianca Ivorie. Tracks will be available on Spotify, Apple Music and Bandcamp.

Video World will be available at that same time in video game form on Windows PC and Mac. You can add it to your Steam wishlist right here or pre-order on the Mac App Store here. Developed by Things for Humans, it features development work from Leaney, Jack Kirby Crosby, Jennifer Reuter, Aspen Forster, Mariska Harasymiw, Stuart Chalton, Alan Robinson and Alexander Swords.