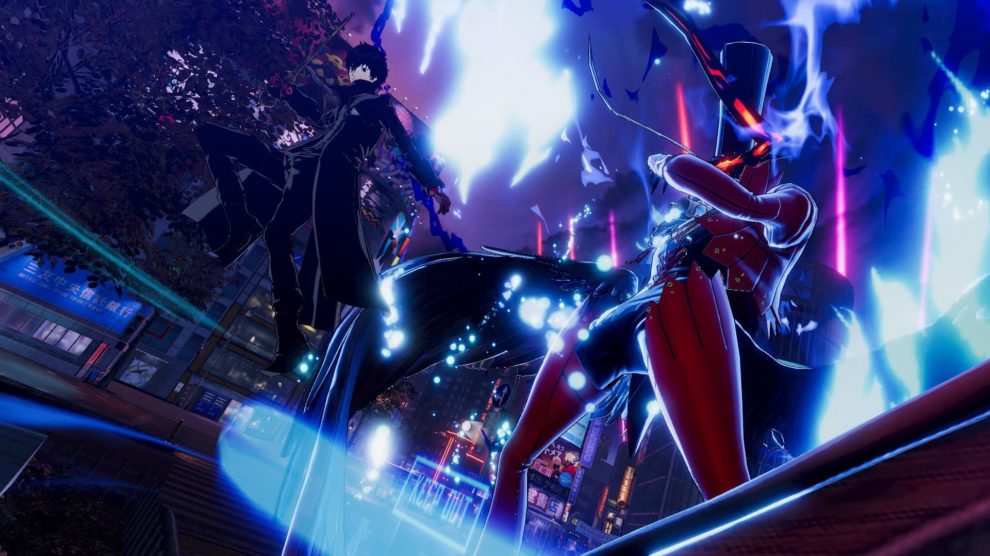 We'll soon to get experience what's been available in Japan for the last year.

Persona 5 Strikers has been available in Japan (as Persona 5 Scramble: The Phantom Strikers) for close to a year; thankfully, the experience is soon to grace not only PS4 and PS5 but Windows PC and Switch too. Ahead of the game’s release on 23 February, Stevivor was provided access to a full retail build of the game in order to preview its opening section.

Strikers is unlike the main Persona series in two big ways: it continues to follow the characters and storyline of Persona 5 (read: not the alternate timeline that is Persona 5 Royal) as they set off on an adventure across Japan and pivots away from traditional, turn-based RPG combat to fuse that with the musou, hack and slash style seen in titles like Dynasty Warriors. Developed by Omega Force, the same studio that merged The Legend of Zelda with musou for the Hyrule Warriors series of games, Persona 5 Strikers is more of a mixture of the game genres rather than a new skin on top of an existing musou title. Before you ask: yes, this is me calling out Hyrule Warriors for that sin.

At present, we’re only able to discuss the game’s opening areas of Yongen-Jaya Shibuya — and accompanying jail — which still manages to present between 2-5 hours of gameplay depending on how long one chooses to explore areas. I admittedly did a lot of that at the beginning, getting reacquianted with The Phantom Thieves in the summer following the events of Persona 5. It’s also been a long time since I’ve been able to see the Hachikō Memorial Statue at Shibuya Station, so I couldn’t resist the opportunity to at least visit virtually. It’s these non-combat sections that truly feel the most Persona, with one likely to confuse Strikers for its prequel at a glance.

Combat though is an entirely different bag. Strikers‘ new gameplay loop in a Jail consists of a traditional Persona movement system that now allows for attacks against what will eventually become hordes of enemies. Said baddies admittedly will not spawn until a scout spots you in the environment. If you’re not able to ambush an opponent and get the drop on it with the option for an all-out attack, you’ll then have to take on its friends. Playing as a party of four, you’re able to switch between characters using your d-pad; each has a standard and special attack that are triggered by a single, real-time press of a face button alongside the ability to call forth their Personas for more attacks. When using the latter attack, you’ll effectively pause the game in order to go into a turn-based type of menu that lets you pick your Persona and then its attack and area of effect. Familiar Persona functionality like a “1 more” attack is also available, making things feel familiar while not.

Ultimately, there’s a lot going on when in the middle of a battle, and I’ll admit I resorted to button mashing on far more than one occasion. When I died (infrequently), I never really understood what caused it as I was lost in a sea of opponents at the time. While things on the whole feel like Persona, I think I ultimately prefer its traditional, RPG stylings more than this mix. Multiple hours in, I was also still amazed that I was being thrown a barrage of tutorials, with the game seemingly as complex as the one that came before it. While that may be the case, a lot of the usual Persona functionality has been stripped back; a good example of this is that you can still pick up Personas from the battlefield, but the number of total Persona fusions has been reduced in this adventure.

While I’m not as excited for the musou-style like I’m sure others will be, I was incredibly excited to be back within the world of Persona 5 and its characters. The inclusion of a new character, AI Sophia, is a delight, as is the English localisation that’s been applied to this Japanese release. I’ve frequently slapped myself on the wrist to stop myself from explaining a number of interactions that made me chortle out loud.

With a month to go before the game’s release, I’d be remiss if I didn’t point out that I experienced a number of crashes while playing the PS4 version of the game on PS5. They were plentiful when I was playing off an external HDD, became less so yet sporadic when I moved the game onto the PS5’s SSD and have dropped in number when I deleted the game and my save and started again from scratch straight from the SSD the second time around. I’ve reported the issues accordingly and trust that the experience will be tightened up so people don’t run into the same points as I did.

If you’re the video type, check out 15 minutes of gameplay below.

Persona 5 Strikers is available from 23 February 2021 across Windows PC, PS4, PS5 and Switch. Those who pre-order the game’s Digital Deluxe version will gain four days of early access from 19 February 2021. 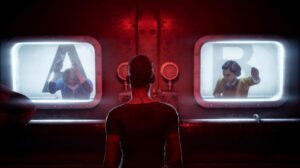 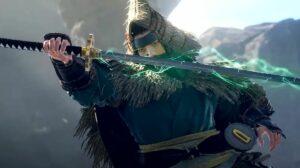