To all platforms Pack 7 is currently available on.

Jackbox Party Pack 8 has today been confirmed by Jackbox Games, scheduled for release later this year.

“Every Party Pack contains five games, and The Jackbox Party Pack 8 will be available on the same platforms that our prior packs are currently available on,” Jackbox announced in a post.

“The phones-as-controllers and audience play-along capabilities that you know and love will also return in this new Pack.”

Jackbox Games hasn’t detailed any of the five games that will be included in the pack, but Word Spud 2 was named dropped. We think sarcastically.

Jackbox is also hopeful that Jackbox Party Pack 8 will hit a September 2021 release date, but hasn’t confirmed that as yet. We’ll keep you posted.

Dark Souls PC servers “in the process” of being restored, says Bandai Namco 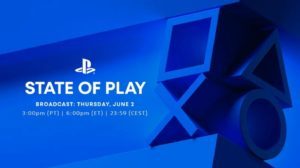