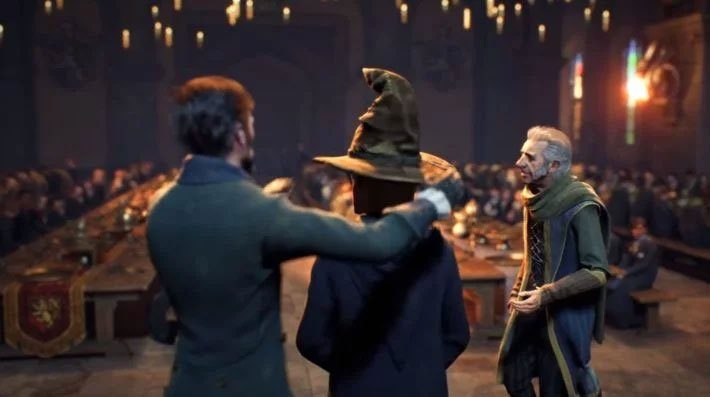 Hogwarts Legacy is heading to PC and consoles for the 2022 holiday season, Portkey Games today declared.

The information came from a special Hogwarts Legacy PlayStation State of Play that aired earlier this morning.

The special livestream gave us our first real look at the title — including heaps of gameplay — with many aspects of school life being shown off. We got to see common rooms, spells, battles, proper duels, magical puzzles, curious creatures and more.

Spells can be used for offensive and defensive purposes, lobbing items at others, casting shields on yourself… though it looks like no one is brave (or stupid) enough to wield Avada Kedavra.

The title is set at Hogwarts in the 1800s, so while most of the school will look familiar, teachers within it will not. Characters like Nearly Headless Nick have been confirmed to appear, however.

Hogwarts Legacy has a bit of a troubled history, set in a world created by transphobe J.K. Rowling and with a former staffer allegedly connected to alt-right movements. A report from last year suggests Warner Bros and Portkey Games are including the ability to play as a transgender character in-game, though this has not been fully confirmed. The topic wasn’t discussed during today’s State of Play either.

Hogwarts Legacy is expected later in 2022 on Windows PC, Xbox One, Xbox Series S & X, PS4 and PS5. You can watch the State of Play for yourself below.