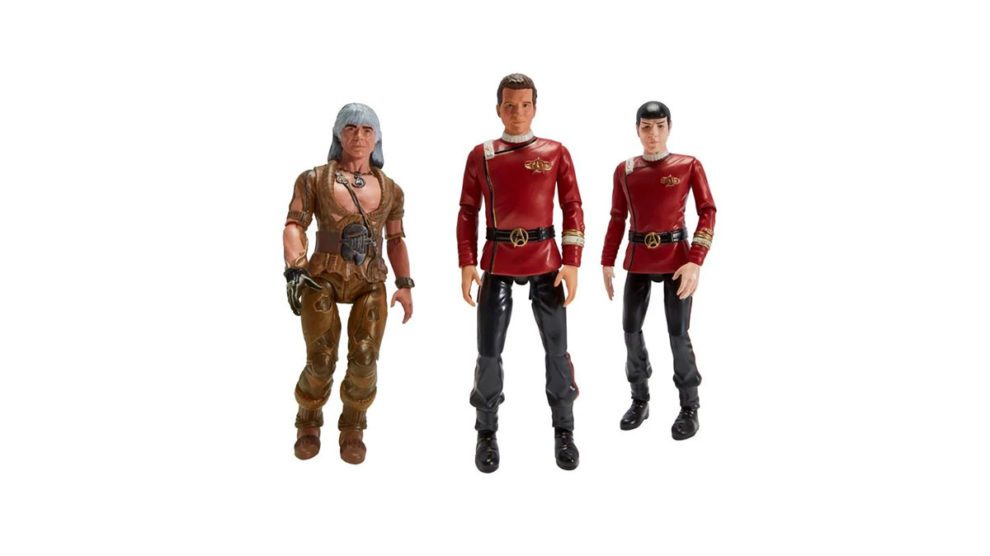 Playmates has given fans their first look at new Star Trek action figures, the first produced by the company in over twelve years.

The first figures to become available from July 2022 include characters from Star Trek 2 The Wrath of Khan, Star Trek The Next Generation and Star Trek Discovery.

Playmates today shared images of Captain Kirk, Captain Spock and Khan from The Wrath of Khan alongside The Next Generation‘s Picard, Riker and Data and, finally, Discovery‘s Burnham and Saru. The figures were also joined by an 18″ Original Series Enterprise and phaser.

You can check out all the toys below.

These new Star Trek Universe Playmates figures will be followed by additional lines in 2023. Fans can likely expect toys from the child-focused Star Trek Prodigy among others.

Which are you most excited for and why? Sound off in the comments area, below. 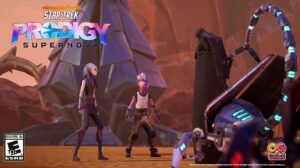