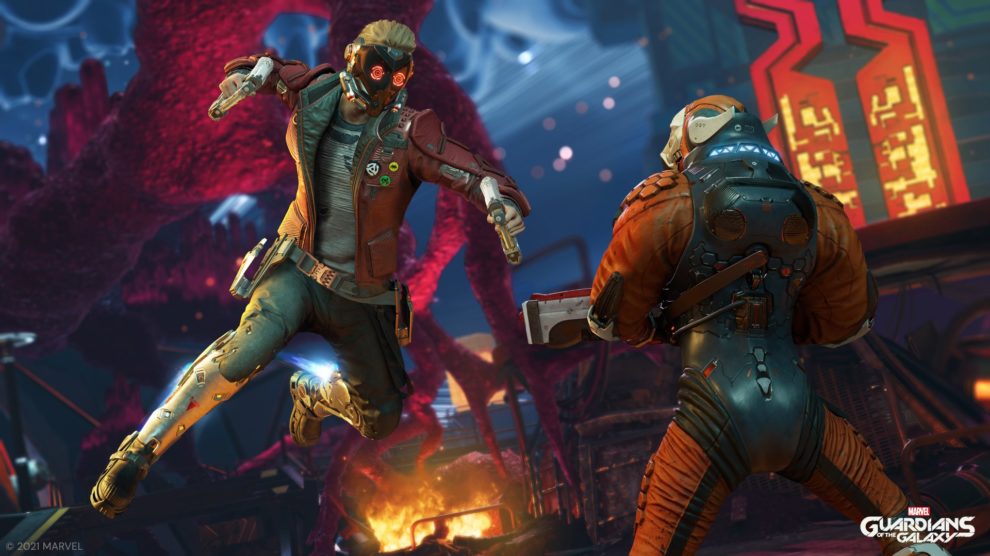 Two new Guardians of the Galaxy gameplay videos from developer Eidos Montreal show off the game’s exploration and combat.

We, of course, have them both below for you to view.

The first video deals with exploration and shows “how you can interact with the Guardians in exploration, make choices to shape how the story plays out, and customize the team by unlocking abilities, upgrades and outfits,” Eidos Montreal said.

The second video is all about combat, showing what the player-controlled Star-Lord can do alongside his support crew, the remainder of the Guardians.

We previewed Guardians of the Galaxy earlier this year and were quite enamoured with its visual style and humour.