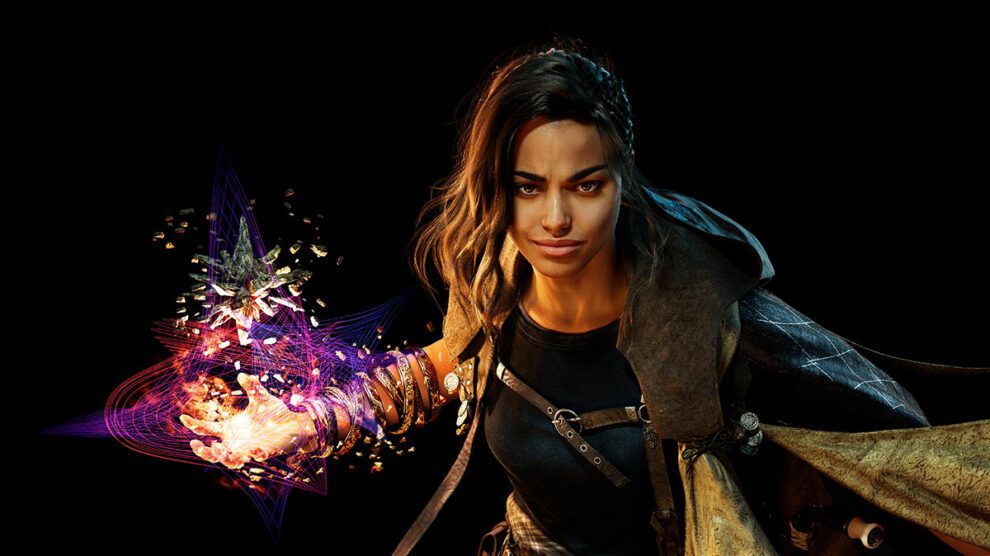 The oft-delayed Forspoken has offered up a new ten-minute gameplay trailer at Gamescom 2022.

“The gameplay trailer follows Frey on a quest from Athian archivist Johedy, as she ventures into the wilds of two corrupted areas, Praenost and Avoalet,” Square Enix said in a press release.

“The two realms featured in the trailer give players a glimpse of the different enemies they will encounter and showcases the versatility of Frey’s magical combat skills. Players can choose to wreak magical havoc on enemies, fighting in a controlled frenzy and unleashing a barrage of quick-fire spells or they can take a more methodical approach wielding powerful and calculated attacks on their adversaries. In Forspoken, no two fights are ever the same.

“Players are also given a closer look at Frey’s magic-enhanced parkour skills that enable her to seamlessly and quickly traverse Athia readying for her next big battle or fight. Using the magic-enhanced parkour system, players can explore Athia’s lush landscapes and discover a variety of rewards that will enhance Frey’s journey and skillset, including mana, which players can use to unlock new magical abilities; powerful gear for stat boosts and increases; as well as collectable items for crafting and trading, and more. The new gameplay footage also gives players a glimpse of how Frey’s magic-enhanced parkour can be used in conjunction with her combat skills in battle, enabling her to evade enemy attacks while inflicting damage in a fast and fluid manner.”

Expect Forspoken on Windows PC and PS5 from 24 January 2023.