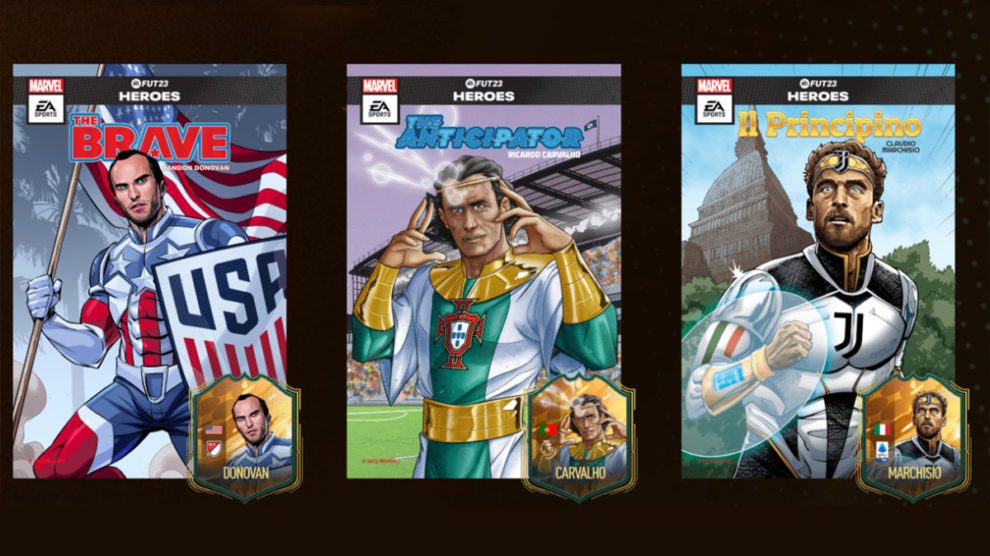 FIFA 23 will combine football and Marvel with FUT Heroes, an initiative that will add “unique illustrated designs” in place of real-world player photos.

“The collaboration will include other vanity items related to the fan favorite heroes being immortalized as Marvel inspired Heroes, including tifos, kits, balls, and more,” EA said in a press release.

“Recognising their memorable careers for club and country, each FIFA World Cup FUT Hero will receive a special illustrated FUT item at the launch of the World Cup game mode, with base versions of FUT Heroes being available at launch of FIFA 23,” EA continued.

Moreover, EA said that “fans will also beable to get their hands on a forthcoming online Marvel Heroes comic book alongside Marvel written bios, with limited physical quantities to be made available at a later date.”

Additional “vanity items related to the fan favorite heroes being immortalized as Marvel inspired Heroes, including tifos, kits, balls, and more” will be offered inside FUT at “no additional cost”.

EA defended FIFA 23‘s loot boxes earlier in the month, saying “giving players the choice to spend if they want to is fair.”