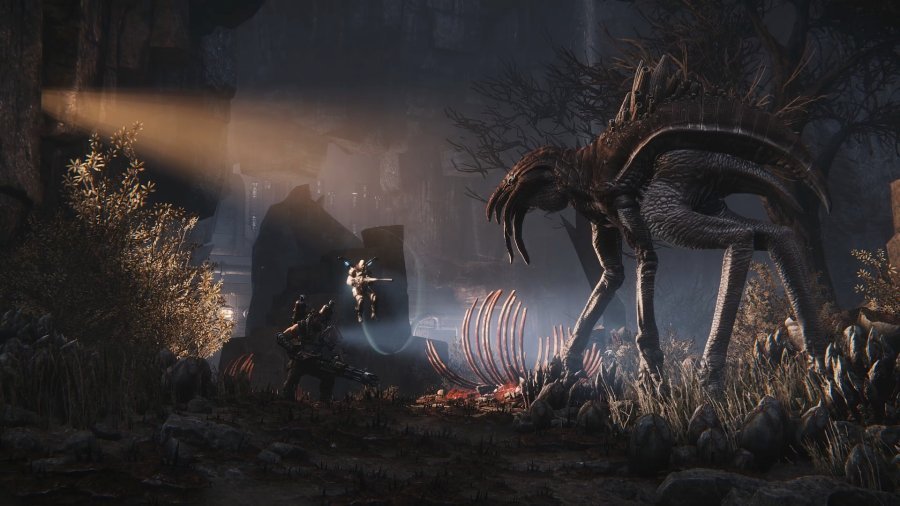 Evolve will have a major open beta on Xbox One in mid-January, alongside a limited technical test on Windows PC and PS4.

Starting 15 January, Evolve‘s open beta will be accessible to Xbox Live Gold subscribers. The open beta will feature the game’s Hunt mode alongside the Goliath and Kraken monsters. Also included are the game’s first eight hunters — Markov, Maggie, Val, Hank, Hyde, Griffin, Lazarus and Bucket. All of the game’s 12 maps will also be included in the open beta.

From 17 January, the game’s Evacuation mode will also be added to the open beta.

On PS4, a limited technical test will be offered to those that took part in the game’s big alpha. This will take place on 16 January.

Finally, those Windows PC players who took part in the game’s big alpha, or own copies of Left 4 Dead or Bioshock: Infinite on Steam will get access to a technical test from 16 January.

All tests will finish on 19 January.

The news awesome came with details of Evolve‘s third monster, the Wraith, and a confirmation that Evolve can be played offline in solo mode.

“Despite having the least amount of health and armor among Evolve’s monsters, Wraith’s quick, warping movements allow her to dart around during battle to avoid taking damage,” 2K’s press release said of the new inclusion.

More details on the Wraith can be found here.