Victoria placed third in round robin action, beating New Zealand 2-1 in semi-finals. Victoria then traded wins with New South Wales in the finals, then taking the third and fifth games.

“I think from earlier today we discovered what we were doing wrong. We needed to pick shielding champions and comfort champions,” said Victrorian Jayke ‘Jayke’ Paulsen of Avant Gaming. “We were trying too hard before. It was easy.”

“I’m ecstatic with the results,” added Victorian selector and OPL shoutcaster Jake ‘Spawn’ Tiberi. “No matter how Victoria played, I would’ve been proud of my home team, but it’s amazing to be the first ever regional Champions of Oceania.”

You can watch (or relive) the action above. 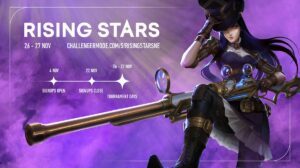