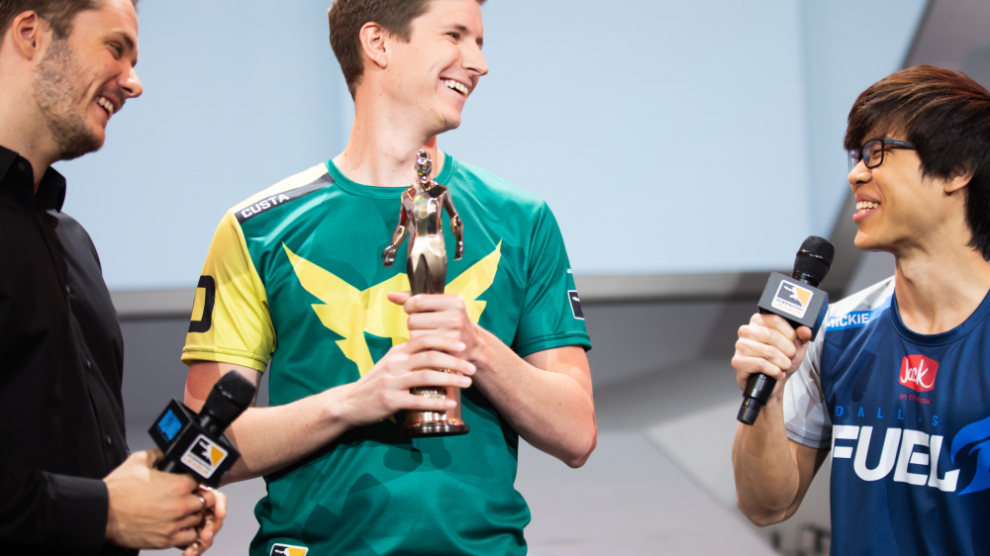 Aussie Overwatch player Scott ‘Custa’ Kennedy was awarded the 2019 Dennis Hawelka Award over this past weekend.

The award, named after Dennis ‘INTERNETHULK’ Hawelka, an Overwatch fan to passed away shortly before the launch of the Overwatch League, exemplifies positivity. Custa was presented with the award by fellow Aussie, Overwatch League broadcaster Mitch ‘Uber’ Leslie, alongside last year’s winner, Ponghop ‘Mickie’ Rattanasangchod of the Dallas Fuel.

“I try and be as positive and try to help as much as I can, but it’s not really something that you really consider for yourself,” Custa said of the honour, speaking with overwatchleague.com. “I try to do good, and seeing other people react and say, ‘We think you deserve this award,’ it’s a really big thing because it means I’m having a positive impact on other people.”

Several remaining Overwatch League awards will be dolled out in the coming days, with this season’s action culminating in Grand Finals action on 30 September.

Overwatch is currently avaliable on Windows PC, Xbox One and PS4.