Techland will soon be injecting some free DLC into Dying Light, added a Hard mode to the game.

The DLC is in response to some players saying the game is too easy; in fact, someone’s reportedly beaten the game without using a weapon at all.

The free DLC will also bring new zombie skins to the game.

The DLC has yet to be dated, with Techland taking to Twitter only to say it’s “coming soon”. The developer added this is only “the first of many additions to come” to the game. 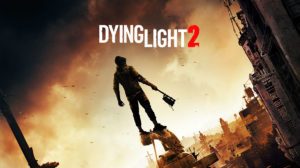