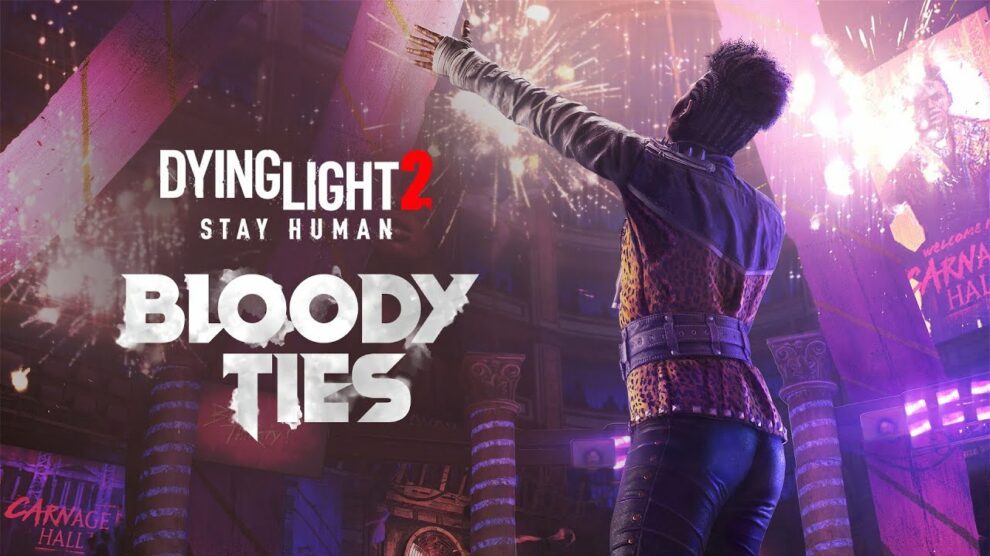 Ready to get in some cage fighting?

Dying Light 2 Bloody Ties DLC was today detailed by Techland and heads to all available platforms on 13 October.

“Fierce fighters are invited to a new location, The Carnage Hall, for a brutal grand opening,” Techland said in a new press release.

“In Bloody Ties, players will embark on a new story adventure,” Techland continued. “Reach the epicenter of death, wealth, and absolute splendor in a stunning location: The Carnage Hall. This old opera building is full of challenges and quests, surprising new weapon types, character interactions, and discoveries to uncover.”

Those who pre-order the DLC will receive an exclusive weapon and outfit.

Ahead of the new DLC, Techland also advised that new community update will be released on all platforms this week.