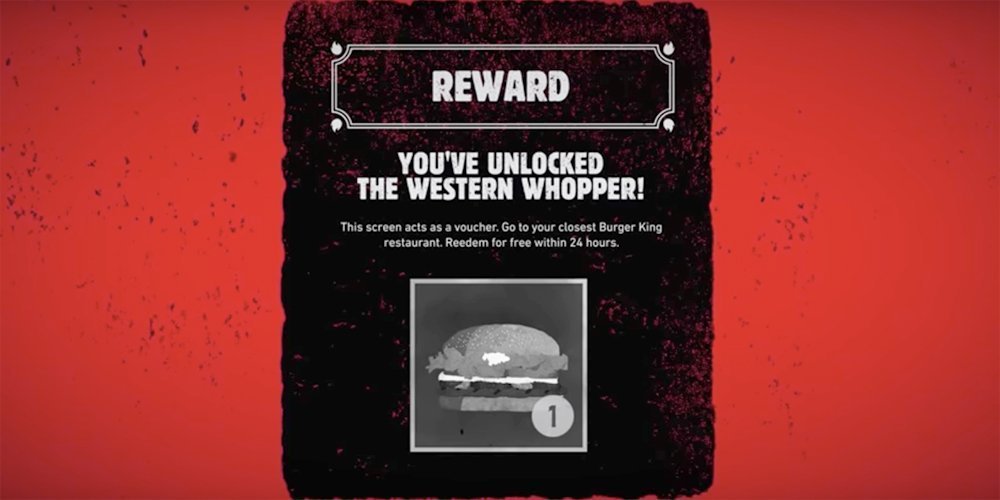 All players in Sweden need to do is head to this promotional page and take photos of in-game ingredients… WHICH THROUGH THE MAGIC OF THE INTERNET are somehow turned into real-life ingredients for a Whopper. Amazing.

A total of 135 restaurants in Sweden will let players redeem their in-game efforts for a real-world burger.

We here at Stevivor fully support this amazing initiative and hope that Hungry Jack’s here in Australia (because that’s basically what it’s called here*) does the same thing. One can dream, eh?

Red Dead Redemption 2 is available now on Xbox One and PS4. It’s multiplayer component — Red Dead Online — will offer a rolling beta to its players that starts tomorrow.

*It’s a long story. There are also Burger Kings in Australia too. That’s a longer story.