Nintendo has confirmed that Switch cartridges are coated in a special “bittering agent” to prevent people from eating them.

This, of course, prompted video game journalists to decide they needed to try out cartridges as a snack.

I put that Switch cart in my mouth and I'm not sure what those things are made of but I can still taste it. Do not try this at home.

Okay, so, turns out Nintendo Switch cartridges taste awful so kids won't eat them. I, uh, just licked one and can confirm: TASTES BAD MAN.

The Nintendo Switch is available today — we reviewed the console here, and one bitter cartridge, The Legend of Zelda: Breath of the Wild, here.

TagsNintendo Switch The Legend of Zelda: Breath of the Wild
FacebookTwitterLinkedInRedditEmail 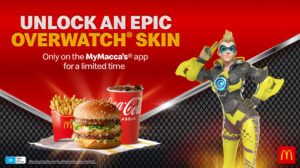