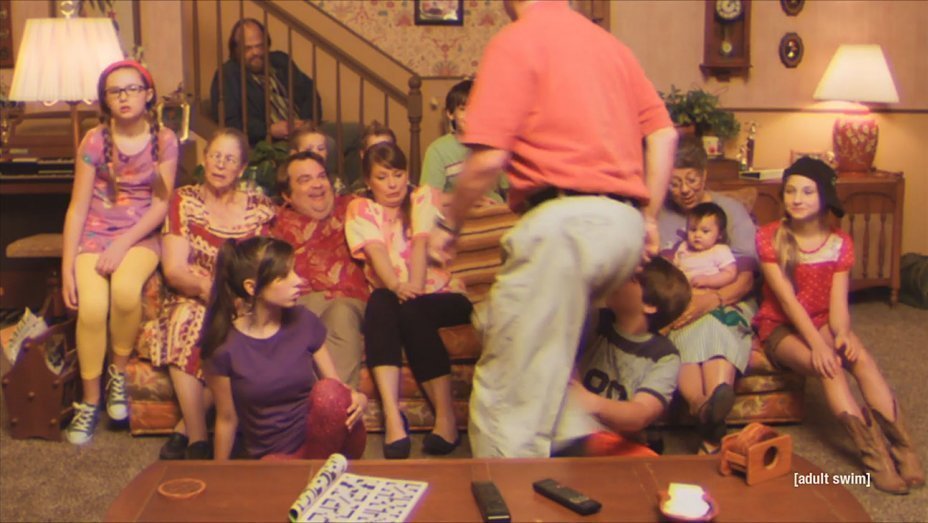 I’m very late to the party, but i’ve just found out about Adult Swim’s Infomercials block and the gems that can be found within.

For those equally as in the dark as I was, Infomercials usually run on Adult Swim — with little to zero fanfare — during a 4am timeslot. They’re 10-20 minute short films and, honestly, the less you know about them, the better.

I spent about three hours binging most of them last night, so I’m happy to start you off in the right direction. Enjoy!

Like most of the Infomercials you’ll see below, Too Many Cooks made a splash when it aired on TV but went insanely viral when it hit YouTube. If you’re about to hit play, give this one your full attention. You’ll be glad you did.

Final Deployment 4 is a sequel of sorts, made by Too Many Cooks‘ Casper Kelley alongside Nick Gibbons. As a bonus, it’s video games related! Enjoy this crazy take on YouTube and Twitch culture.

This is the one that started the Infomercial block itself and served as a pilot for an actual series called Paid Programming. Icelandic Ultrablue was written by H. Jon Benjamin (Archer, Bob’s Burgers) and David Cross. Check it out.

Like Icelandic Ultrablue, Broomshakalaka is one of the more traditional Infomercials… and takes the format of an actual informercial (with Fresh off the Boat‘s Randall Park to boot!).

Fartcopter stars a fartcopter and its defender, Gianni Decenzo (Cobra Kai). I swear Decenzo puts on about ten accents throughout and I can’t tell if that’s on purpose or not.

Live Forever As You Are Now With Alan Resnick (2013)

This one’s also in the format of a traditional infomerical and is your entryway into the mind of Alan Resnick. Remember that name, ’cause it’ll come up again. Ben O’Brien’s also behind this one, and yeah, his name will come up again too.

Remember Alan Resnick and Ben O’Brien? You should — they’re the guys who made the short that’s literally above this one. Unedited Footage of a Bear is a Lynchian look into handling depression.

As a bonus, here’s an explainer that discusses the film and shows off the now-defunct Claridryl website.

There are so, so many more, but these are my favourites. Which others do you enjoy? Sound off the comments area, below.