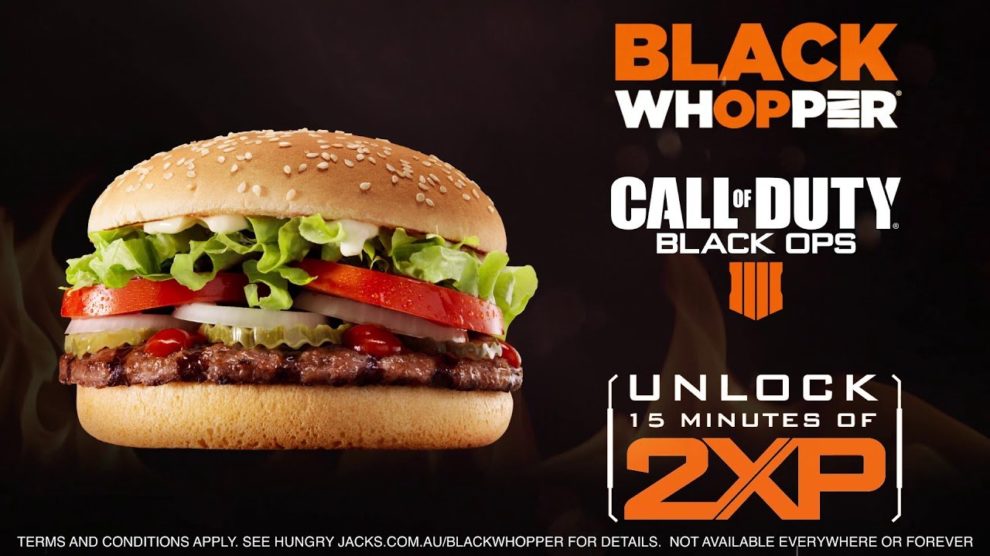 Call of Duty Black Ops 4 players can get double XP by buying a Hungry Jack’s Whopper here in Australia.

Sorry, make that a Hungry Jack’s BLACK whOPPER. That’s almost as bad as the made up roman numeral “IIII”, eh?

Not from Australia? Hungry Jack’s is basically Burger King… but we also have Burger King. It’s complicated.

“For a limited time, for every Hungry Jack’s BLACK whOPPER purchase in restaurant, the printed receipt will include a code that unlocks 15 minutes of 2XP in Call of Duty: Black Ops,” Hungry Jack’s detailed.

Once you have a code from the restaurant, you’ll need to head here to redeem it. Each BLACK whOPPER code will provide 15 minutes of double XP.