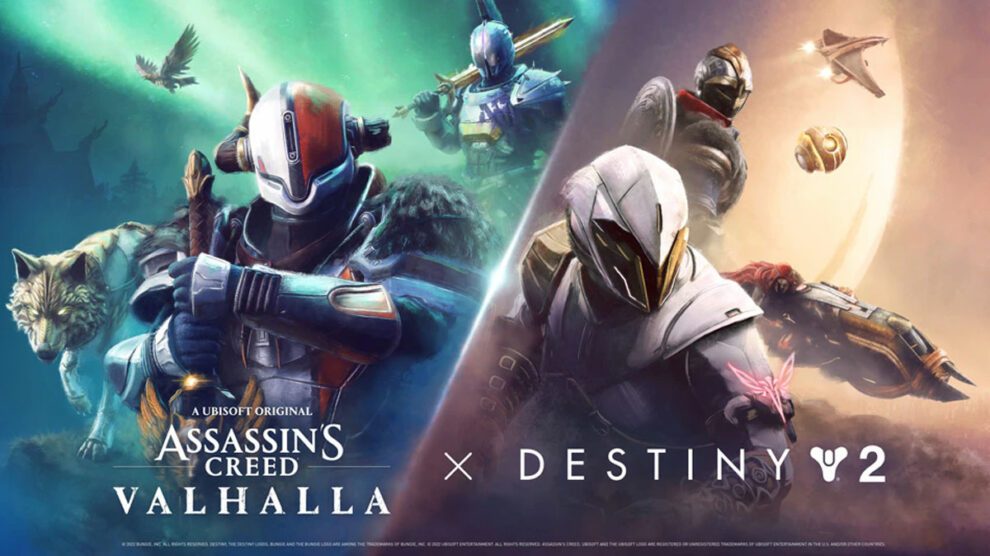 Time to stock up on cosmetics.

A Destiny 2 Assassin’s Creed Valhalla will kick off tomorrow here in Australia, Bungie and Ubisoft have recently announced.

Over in Assassin’s Creed Valhalla, players can buy a D2-themed pack that includes armor sets, swords, a scout skin and a mount skin.

Ubisoft also advised that “players can also grab a weapons pack which includes four unique spins on Destiny’s iconic subclasses, each with their own gameplay perks and custom effects.”

Inside Destiny 2, players can head to the Eververse to buy an Assassin’s Creed-themed ship, Sparrow, Ghost, and finisher cosmetics, as well as three armor ornament sets.

It’d be nicer if you could earn the items that are included as part of the event, but we digress.

Both Destiny 2 and Assassin’s Creed Valhalla are available now.