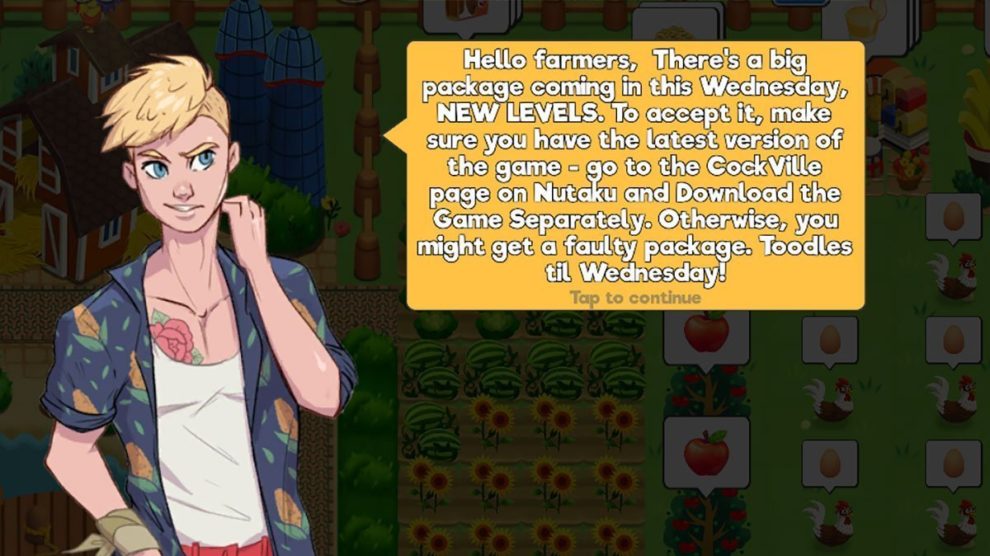 Update: Unicorn Division has spoken to Stevivor and detailed the update.

“The new update advances the farming element of the game, not the dating element (unfortunately). This means new buildings, products, and decorations,” a Unicorn Division rep has told us.

The update, available either late Wednesday or early Thursday here in Australia, will increase the game’s level cap from 20 to an undisclosed level. It will likely bring new content in the form of continued stories for existing suitors or maybe even a new character. We’ll let you know what’s up when the update drops.

Unicorn Division advises that players download the latest version of the game if they’re not playing in-browser on the (very NSFW) Nutaku.

CockVille is available now on PC and Android devices.