Home » News » Cliff Bleszinski: I left video games because “people get jaded in this business”

CliffyB Clifford Bleszinski’s back into video games with the upcoming Lawbreakers, but said he went into a semi-retirement simply because of the nature of the beast.

“It was a combination of gamers feeling jaded, as well as working with some very talented people who were also very jaded”, he said, speaking with Destructoid.

“I could pitch the most amazing idea to anybody back when I was at Epic toward the end, and they’d be like ‘I don’t buy it.’ I don’t mean to slag anyone, but people get jaded in this business.”

Bleszinski seems optimistic with his return:

Bleszinski’s Boss Key Productions recently released a gameplay reveal trailer for Lawbreakers. You can check it out below:

Are you as optimistic about Lawbreakers as Cliff is? 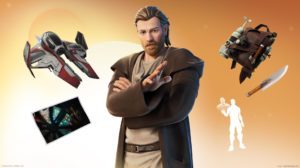