Home » News » Call of Duty Vanguard multiplayer free until 25 May 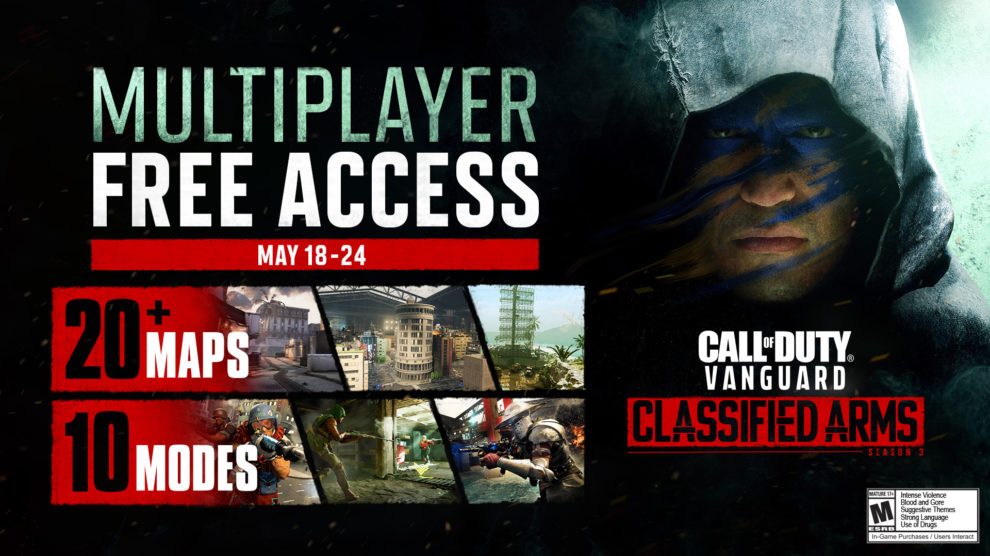 Call of Duty Vanguard multiplayer is free-to-play from now until 25 May here in Australia.

“Stomp around a 1950s monster movie set in the new Mayhem Multiplayer map,” Activision Blizzard said about the game’s newest addition. “Despite the map’s tiny layout, you’ll feel absolutely gargantuan as you battle through a small-scale replica of a metropolis. Fight among the skyscrapers in the center of the map, surrounded by an outer path where you can traverse an ocean or move off-set.”

Meanwhile, Arms Race is a mode introduced in Vanguard Season 2. In it, players are tasked to capture bases to win.