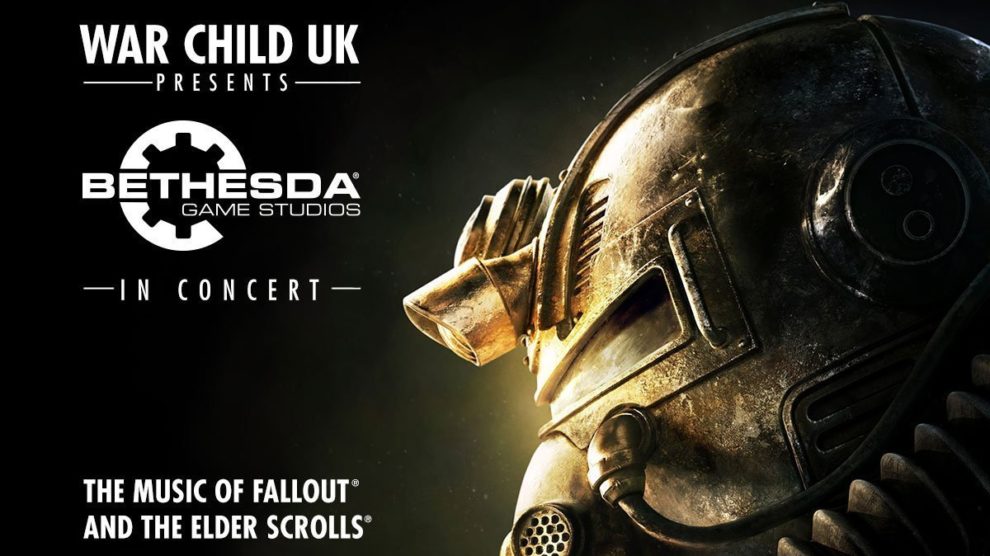 A special Bethesda in Concert event will fundraise for War Child UK, the publisher today announced.

Taking place on 3 November at the London Eventim Apollo, Hammersmith, the Bethesda Game Studios in Concert will be performed live by the Parallax Orchestra and Choir. The show will feature tracks from the likes of Fallout 3, Fallout 4, The Elder Scrolls V: Skyrim and even the upcoming Fallout 76.

The event forms part of War Child UK’s Armistice in 2018 fundraising series of events; the charity itself “strives for a world where children’s lives are no longer torn apart by war.”

Tickets for the concert will soon be on sale, with prices starting at £45. VIP tickets with preferred seating, merch and a page from the Fallout 76 score composed by Inon Zur are also up for grabs. For more details and tickets, you can head here.

For us Aussies that can’t make it over to the concert, you can support War Child UK here.