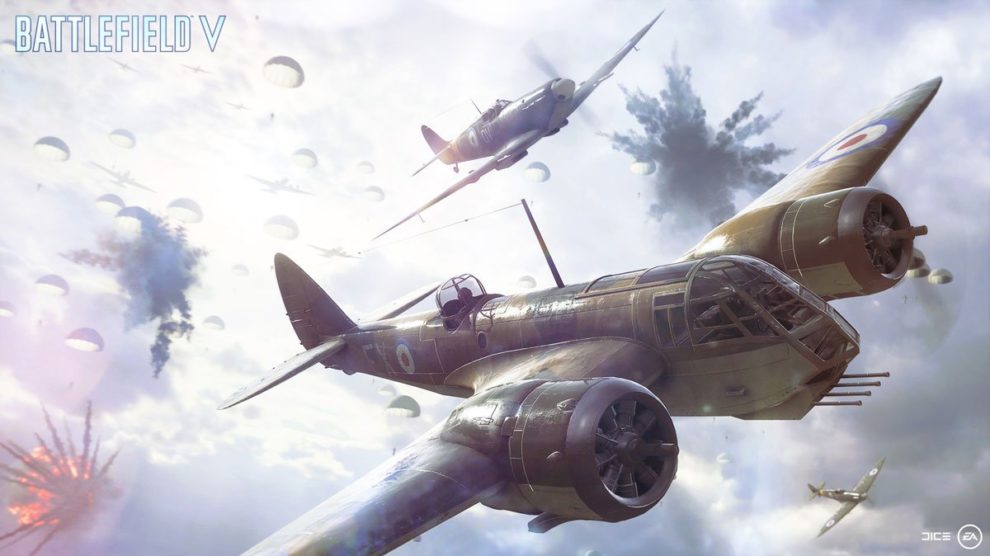 Battlefield 5‘s Airborne mode, newly confirmed by EA and DICE, is the closest thing the game has to a proper battle royale mode (at least, for now).

Airborne was already detailed to Stevivor at the game’s reveal last week, though wasn’t given a special mode, nor named. Today, that’s changed.

“Say hello to Airborne: a new Battlefield V mode where you’ll parachute into the battlefield and work with your squad to destroy enemy artillery, or defend them and make sure the threat from above is dealt with,” a new tweet reads.

Say hello to Airborne: a new #Battlefield V mode where you'll parachute into the battlefield and work with your squad to destroy enemy artillery, or defend them and make sure the threat from above is dealt with. pic.twitter.com/Pw9j7isjFe

Sound familiar? It should — this exact example was detailed to Stevivor as part of the larger, Grand Operations multiplayer mode.

“On day one [of a Grand Operation], a player would fill the shoes of a paratrooper, tasked to sabotage long-range artillery. A successful operation means you would disable the artillery and protect your incoming invasion force,” we wrote last week, describing Battlefield 5‘s main modes. “While DICE didn’t detail a Battle Royale mode, this seemed the closest to it — playing as an attacker, you’ll spawn in a plane preparing for a paradrop. From there, you’re able to survey the battlefield, looking down at capture points and choosing when to leap from the plane in order to strike.”

Design Director Daniel Verlin seemed to agree with our assessment that Airborne shared several similarities to a battle royale mode, but didn’t go as far as to say it was a substitute.

Battlefield 5 heads to Windows PC, Xbox One and PS4 no later than 19 October. For more on the game’s various release dates, head here.