Home » Features » Interviews » Battlefield 5 doesn’t have a battle royale mode yet, but easily could 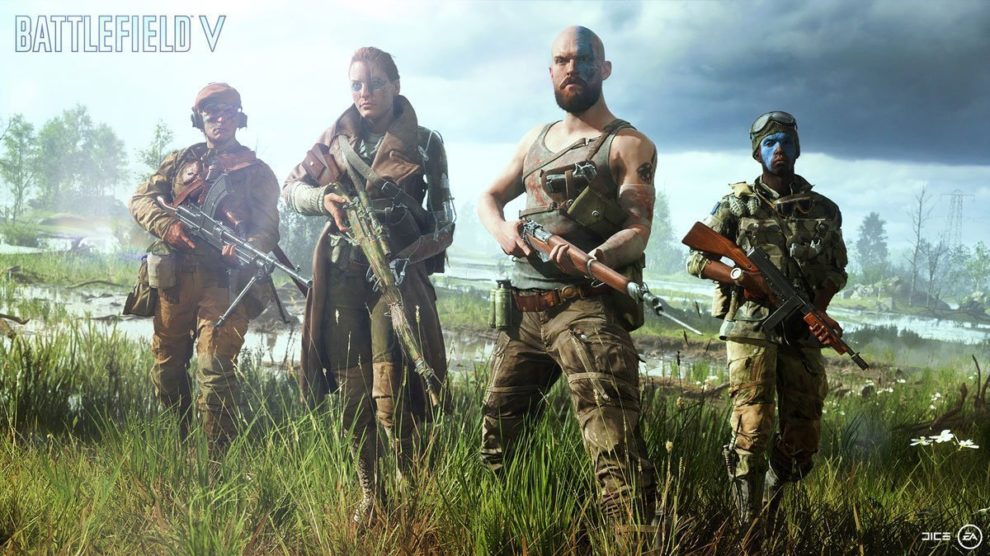 With Treyarch confirming that Call of Duty Black Ops 4 has a battle royale mode, we used yesterday’s Battlefield 5 reveal event to ask DICE if a similar mode will feature in-game.

“The only thing I can say, is that I personally am a big fan,” Design Director, Daniel Verlin, told Stevivor. “I play them, extensively. I have won. I’m very proud of that.”

Verlin wouldn’t go as far as to confirm anything for DICE’s upcoming games, but did agree when I pointed out that the example of the Grand Operation described to journalists already had elements of a battle royale mode. We were told that players will spawn as paratroopers, sitting in an airplane and surveying the battlefield below them. It’s up to that player to choose when to eject his or herself from the airplane.

“The fantasy of it could come from the fact we to introduce iconic World War 2 moments,” Verlin said, nodding. “And that is one of those moments, you know, being a paratrooper — the inspiration from that comes that we wanted to make a game mode that uses the feeling of being a paratrooper.

“And that part is then connected into the grand operations as a whole. It’s that, depending upon how many you take out, would have a direct impact on day two. So you won’t have those moments where it feels like if you don’t succeed as an attacker, you’ll be stopped. You will always go on to day two. You will always gone on to day three but you’ve still that meta game player, where there’s a direct impact actually, of the outcome from day one, day two and day three.”

Players can out-skill their opponents and cause an end to Grand Operations through a decisive victory, doing away with the need for a day four.

“Yeah, you’re f*cking done, it’s over,” Verlin said of the concept of a decisive victory. “But if it’s a tough fight, we introduce day four. Similar like you see in sports when they’ve got sudden death. It’s a sudden-death moment, where the tension is high. And that’s what what we really want to get out of this.”

While a battle royale mode remains absent from Battlefield 5 as we know it, the idea of The Tides of War — DICE’s free Premium Pass replacement — means we could see a limited-time battle royale event introduced into the game at a later date.

“I mean it’s like, the types of war you get these real custom experiences — whatever sticks with the community, sticks. We might even throw it into the regular repertoire in the basic game.”

Battlefield 5 heads to Windows PC, Xbox One and PS4. We’ve got a great hub that tells you everything you need to know about the game.