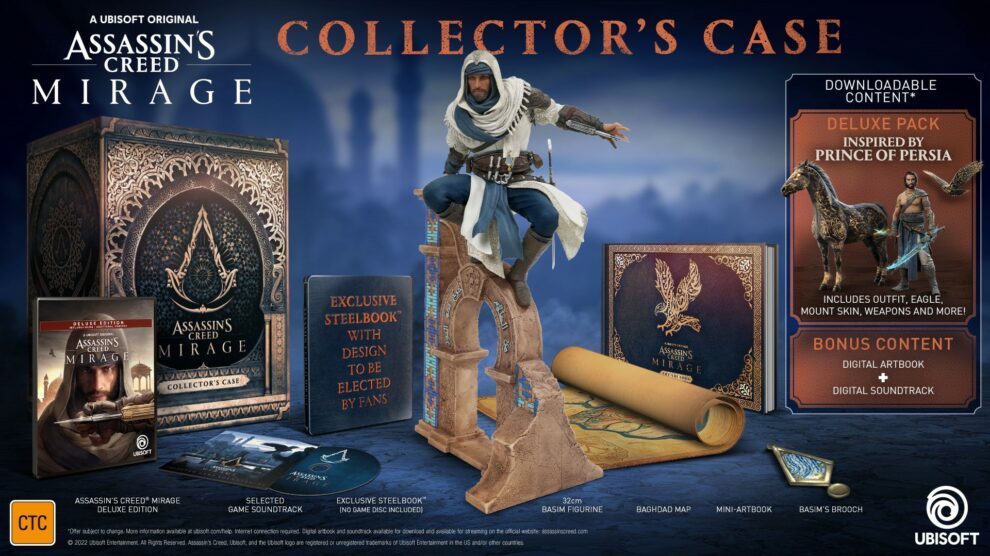 In addition to giving us our first real look at Assassin’s Creed Mirage, Ubisoft has detailed its special editions and pre-order bonuses.

Here’s what you can expect.

Mirage will have a Deluxe Edition and a Collector’s Case, as follows:

Those who pre-order Mirage will unlock “a bonus quest at launch called The Forty Thieves, where players will uncover the mysteries of Ali Baba’s legendary cave,” Ubisoft also confirmed.