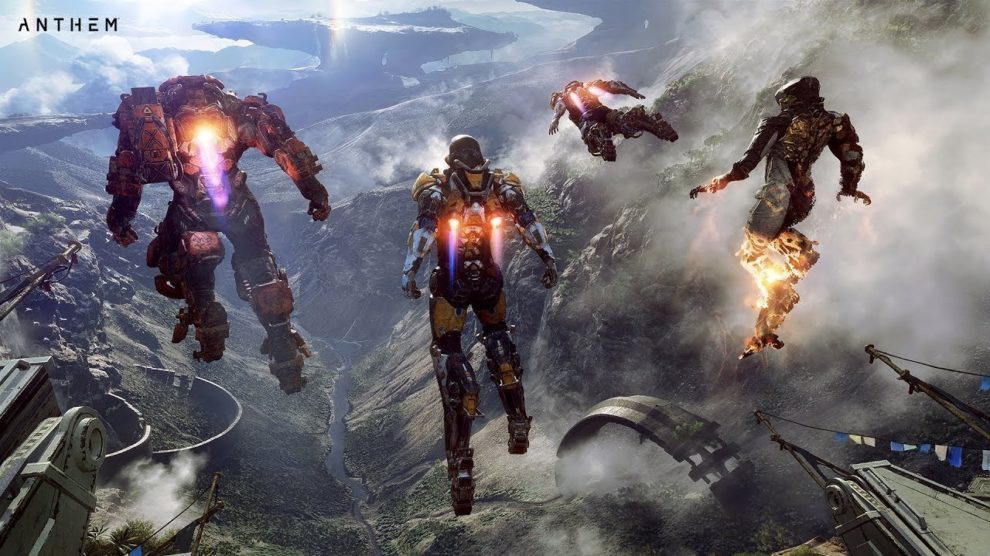 Executive Producer Mark Darrah told USGamer players will receive “a good, valuable game” at Anthem’s launch, with content to keep players going for a while.

“You would be able to play for months and months. Even if we weren’t then layering a live service on top of it,” he said. “I think it’s an excellent value right off the start. You know, four Exosuits, a complete story. So, both I think it’s a complete package but it’s also the starting line of an experience as well.”

Darrah also took a swipe at competitors which launched with less content than hyped.

“I think in the last year you’ve seen a couple of games launch that were in that same kind of space that you would’ve thought, ‘OK this should be fine’ that then didn’t work out,” he added.

“People came in and they went, ‘There’s not enough here,’ and they left. So, I think it’s partially because the competition in the space has gotten harder people are less willing to just kind of hang out and hope that stuff is going to come along. There are other things for them to do. So, I think for me a big lesson has been that… it’s that you need to have enough on the first day so that there’s a reason to stay. And when more is coming then that’s great. That’s amazing. But I’m not just going to hang out and wait for the game to become complete. It has to be complete from day one.”

Anthem will also story DLC for free, BioWare confirmed at PAX West (via GameRant). No other information about the content was detailed.

Anthem heads to Windows PC, Xbox One and PS4 on 22 February 2019. A special demo will be available from 1 February.