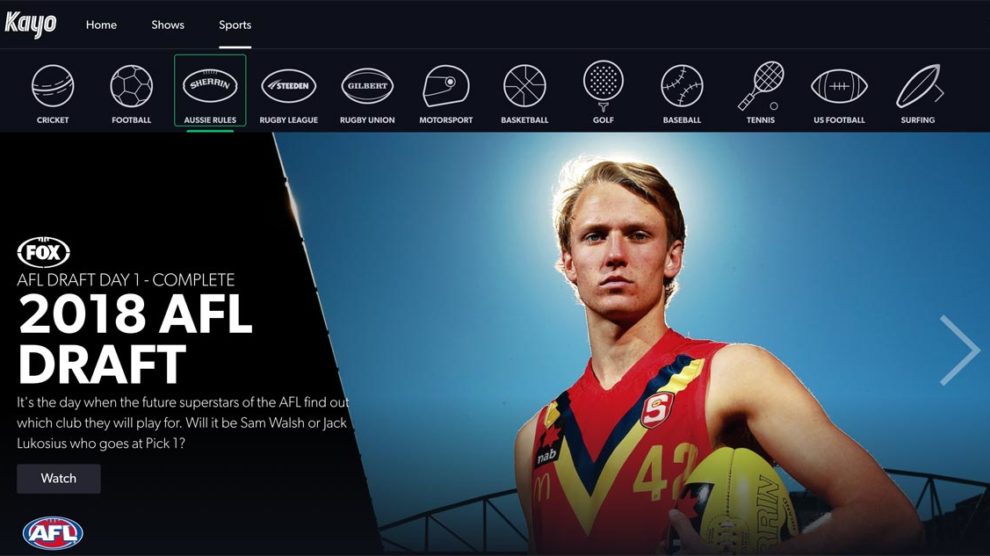 Update: Kayo Sports users may also be interested in the new Microsoft Wireless Display app, which lets you transmit content from your Windows or Android-based device to an Xbox One.

Original post: Kayo Sports officially launched in Australia today, after being in beta for a couple of weeks. If this is all news to you, Kayo Sports is Foxtel’s standalone sport streaming service. For $25 per month, stream all of Foxtel’s sport content in HD.

While there are no console apps yet, Kayo Sports can be watched on Xbox One using the Edge browser. It might not sound ideal, but it actually works very well, and if you don’t have an AppleTV or Chromecast Ultra, but do have an Xbox One, it’s currently the easiest way to watch Kayo on a TV screen — most of its launch apps are for mobile devices.

However, there is a small problem. By default, the Microsoft Edge app on Xbox One has an ugly border around it. Here’s how to remove it to watch Kayo Sports — or anything else using Edge — in fullscreen.

How to remove the border from Edge on Xbox One 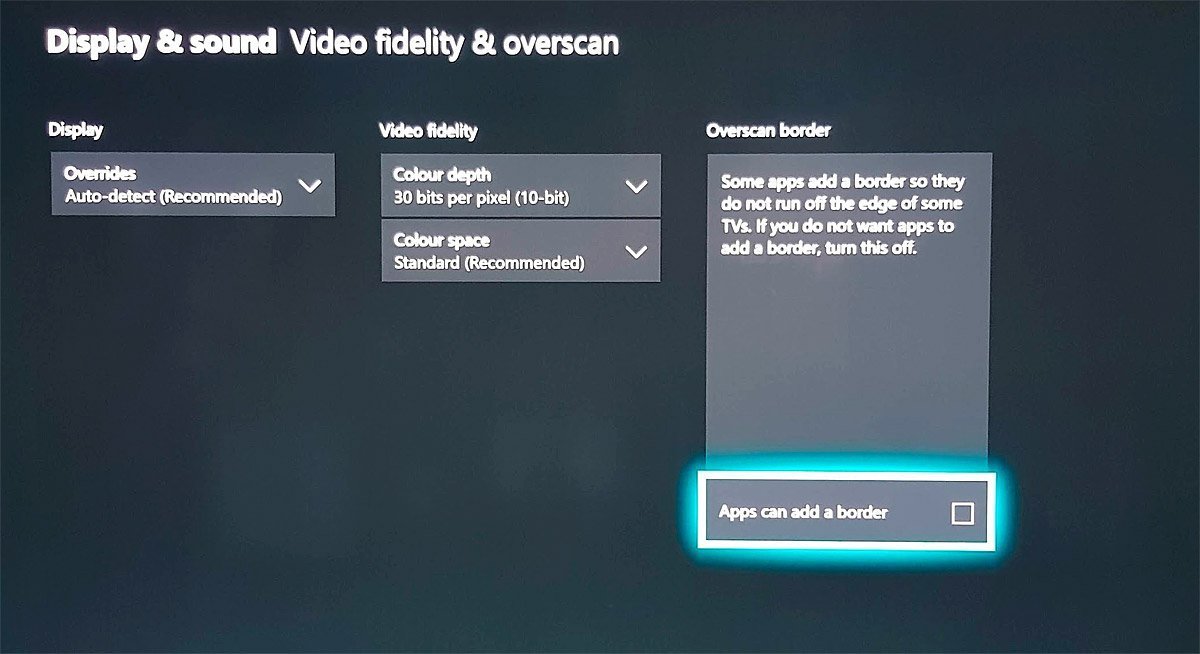 Now Edge will run in fullscreen.

In our testing, Xbox One’s Edge browser has performed as well or better than other devices tested. Whereas the desktop Chrome browser has crashed or had a “problem with playback”, Edge on Xbox One has streamed relatively consistently.

However, like all devices, there are some issues with quality drops and the stream freezing. Despite being out of beta, the issues seem widespread and on Kayo’s end, as my 100/40 fibre NBN connection has had some issues, while Netflix and Stan stream flawlessly in 4K. There are too many similar observations online for this to be anything other than an issue Kayo has to fix on its side. However, there is something you can do.

The fix appears to be starting a live stream and then pausing it for 15-20 seconds, then pressing play. While this increases the delay (Kayo is already about 15 seconds behind Foxtel satellite, but ahead of Foxtel Now), in our testing that delivered a flawless 1080p stream without interruption of the Australia vs India T20I on 25 November; everything we watched prior to this, without pausing the stream, had an issue, with some worse than others.

This isn’t guaranteed to work all the time, but adding in a small buffer does seem to make Kayo considerably more stable.

Aside from that, the Edge browser is able to navigate the Kayo Sports interface relatively well. The only thing to remember is after entering fullscreen, ‘B’ will take you out of fullscreen, but keep the stream running in a smaller window. You’ll need to navigate to the ‘back’ button on the window using the cursor, controller by the left stick, to close it and return to the menu. Alongside browsing shows, this is the only time it feels like a browser on a console, rather than an optimised app.

If you are having any problems with a specific live sport, scroll all the way to the bottom (right control stick scrolls the page), and try the live channel. As well as individual events, all of Fox Sports’ live channels are available to watch, tucked away at the bottom of the page.

What about Kayo Sports on PlayStation 4’s web browser?

We also tried Kayo Sports on the PlayStation 4 web browser and can confirm that it does not work. The PS4 allows you to load and sign-in to the Kayo Sports web browser app, but cannot playback any video.

Is a proper Kayo Sports app coming to Xbox One or PS4?

Kayo Sports has an app on iOS, Android and AppleTV, with TelstraTV and AndroidTV coming soon. There is also Chromecast support, but officially only for the Chromecast Ultra, although it does work with varying degrees of success on older models.

There hasn’t been an official announcement of a console app. However, when we asked Kayo support if there are plans for PS4 or Xbox One support, they replied saying “Xbox is on our radar”. There was no mention of PS4.