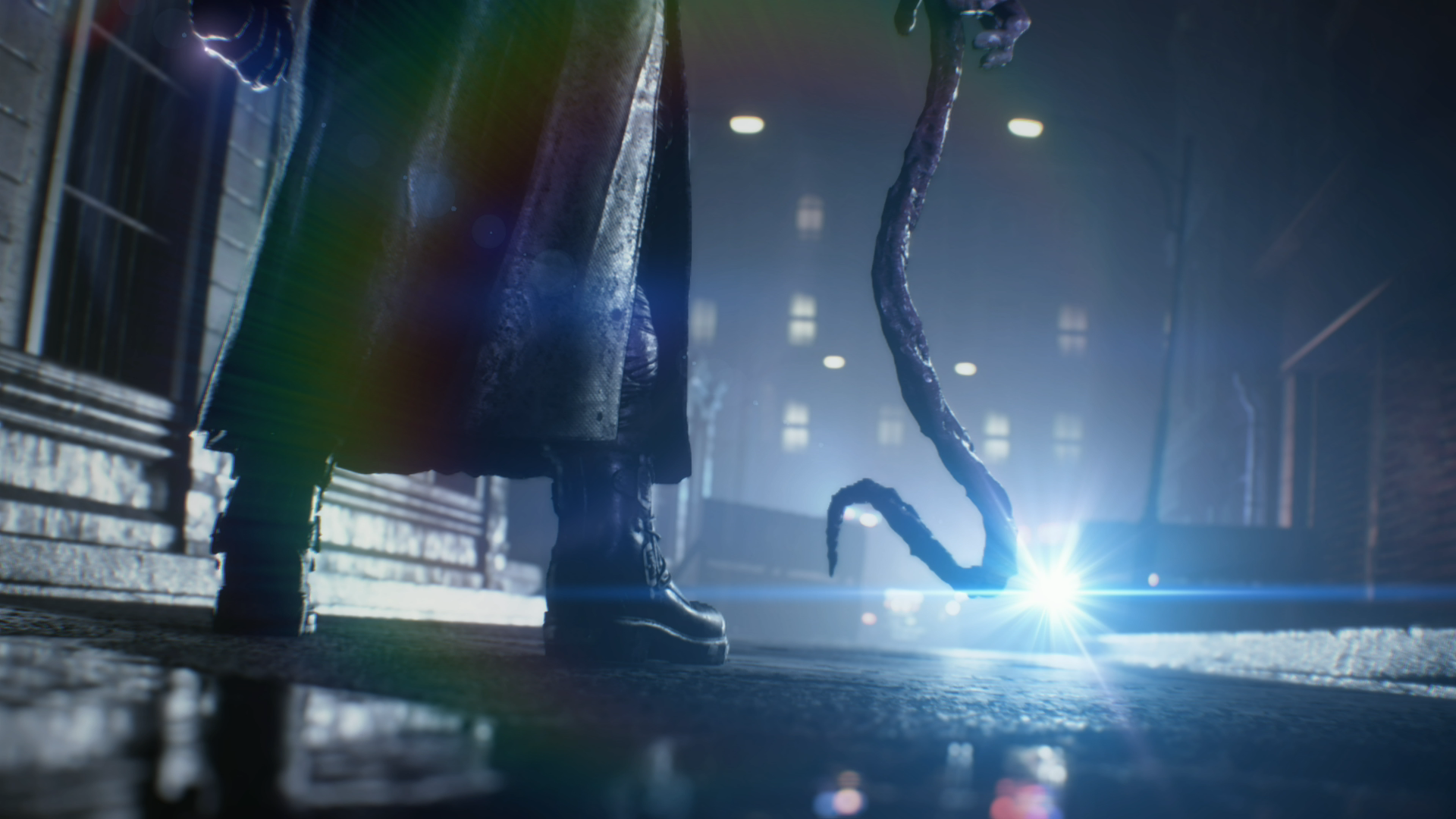 Nemmy's hunting you, you're hunting statues.

The Resident Evil 3 demo is out now, and players are frantically scrambling to avoid Nemesis and find the 20 Mr Charlie statue locations found within. This guide will help you do that.

All 20 of 20 locations have been identified, with 20 of 20 Charlie locations able to be located/triggered.

Before we get to locations, remember that the demo won’t let you save and load progress, but Charlie progress is kept; shoot a statue in one playthrough and you won’t see it in subsequent ones. You can also do this in Assisted Mode — let a zombie kill you and (on Xbox One), hit X to lower the game’s difficulty using Change Game Mode. You’ll get an Assault Rifle for your trouble.

Update: Capcom has also confirmed, if nothing else, that those who find all 20 Charlies will receive 100 Resident Evil Ambassador Points. We’re hoping something else neat will happen to.

As you emerge from the train car, look to the other platform before heading up the stairs.

Before heading under the shutter door to head outside, you’ll find this on a table next to a file.

Directly after ducking under the shutter, look into the ambulance to your right. As a head’s up, we used this area and the single zombie within to get in 25 perfect dodges. They’re required for a Charlie later on.

Before heading over to the fire at the end of the street, look to the Toy Store on the right. Look through its centre window and aim at the poster of the Charlie bobblehead for 10+ seconds.

Once that’s done, head to the left — there’s a barricade still up, preventing zombies from getting you. Look through them to the roof of the Moon’s Donut store. See the Charlie that’s spawned on top? Go ahead — take the shot. You can make it! (Thanks to PuertoRicanHell!)

After heading toward a nearby fire and speaking with Carlos, look on top of the police car, past the barricade.

Out the front of Moon’s Donuts

Head down the stairs after the zombies break through a nearby barricade and turn around when at the front of the donut shop. Look under the nearby scaffolding.

Head inside the donut shop (don’t go out the back door, that’ll come later) — check in the far right corner of the shop’s counter, beside a microwave. Remember to check the back room and get the bolt cutters before you head back out the front.

Leave Moon’s Donuts and head up the stairs to the left. Hand a right and you’ll be at an area with some electrical boxes. Look on top of one. It’s best to head around, kick the ladder down and head back to the front of the Toy Store from here.

This one is near a “Cleaning in Progress” sign and will appear alongside a change in position of the construction worker zombie when triggered. Here’s what to do:

Across the street from the Toy Store is a locked Supermarket. Use the bolt cutters to get in, then look near the cash register.

Safe room (not that kind…)

Head back to Moon’s Donuts, then go up the walkway and head left. In the room with a safe found on the other side of the upper walkway. Look to the middle shelving area.

While you’re there, use code left 9, right 1, left 8 to get an attachment for your handgun.

After heading back outside, look up to the train tracks above you. One’s up there…

From #1, turn left and look to the roof of Moon’s Donuts.

Head right and into the pharmacy. Head to the back and look to the shelving to the right of the Aqua Cure ad.

Head past Kite Bros and look to a locked alley on the right. Use your boltcutters and head in to the back. Look on the ground between two vents.

This one can be done before or after Nemesis and requires 25 perfect dodges — the ones that are accompanied by a flash of light when Jill moves. Like we said above, we did this on the very first zombie that we came across in the game — he’s on his own and there’s plenty of room to move — but you can do them anywhere.

Once that’s done, this is inside the the police car that’s to the left after you exit Moon’s Donuts’ rear door. The police car’s door should open up and the Charlie is inside.

First thing, here: On your way out, don’t get the fire hose in this building until you’re ready to as that will trigger… someone.

Head into the Kite Bros building and head into the back room — it’s also where the shotgun is. Look to the left of the two lockers.

Alley back towards the Subway Station

This one’s tricky — you’ll need to down Nemesis 3 times (we’ve confirmed this several times). You’ll know you’ve done it when it raises his right arm in the air and then takes a knee. You can do this by:

Once that’s done, head to the police car near the gate on the way back to the Subway Station. The police car’s door should open up and the Charlie is inside.

You’ll need to first use the fire hose, then head over to the Toy Store Police Car and shoot and kill the zombie that’s in an inaccessible area behind it (confirmed!).

Once that’s done, head back into the Pharmacy and to the very back. Turn the small corner to the left and the zombie that’s lying there should get up, revealing a Charlie underneath. (Be careful of that zombie.)

Once you put out the fire, VERY CAREFULLY inch around the corner. Look to the vents above and shoot it before you go too far and end the demo.

Resident Evil 3 heads to Windows PC, Xbox One and PS4 on 3 April. The demo is available now on all platforms.