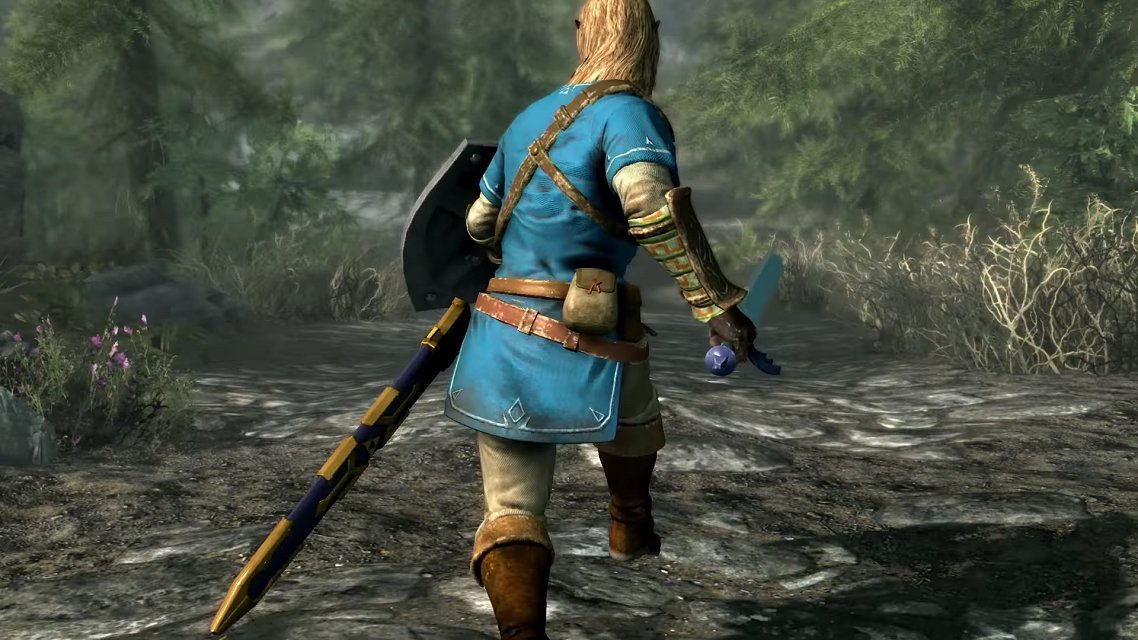 It can be done!

While The Elder Scrolls V: Skyrim has Zelda content that’s much easier to obtain with Nintendo’s Zelda-themed amiibo, the content is available without the (expensive little) figurines. Here’s how to get Zelda garb with and without amiibo.

You’ll get in-game items with any amiibo, but Zelda-themed amiibo have a chance of dropping Zelda-themed weapons and outfits. Here’s how to scan amiibo:

Each amiibo can be scanned once in a 24-hour period.

If you don’t have Zelda-themed amiibo, or if you’ve rotten luck with drops, you can grab the gear the old-fashioned way: by exploration.

Zelda-themed gear is waiting for players at the Throat of the World, the mountain right in the centre of Skyrim‘s map. An early quest will take you to High Hrothgar, which is on the same mountain — just not as far up as you need to go.

To scale the mountain, a horse is suggested, though we did alright by clipping and jumping up wherever possible.

The Elder Scrolls V: Skyrim is available on pretty much everything, though the Zelda content is specific to Nintendo Switch.