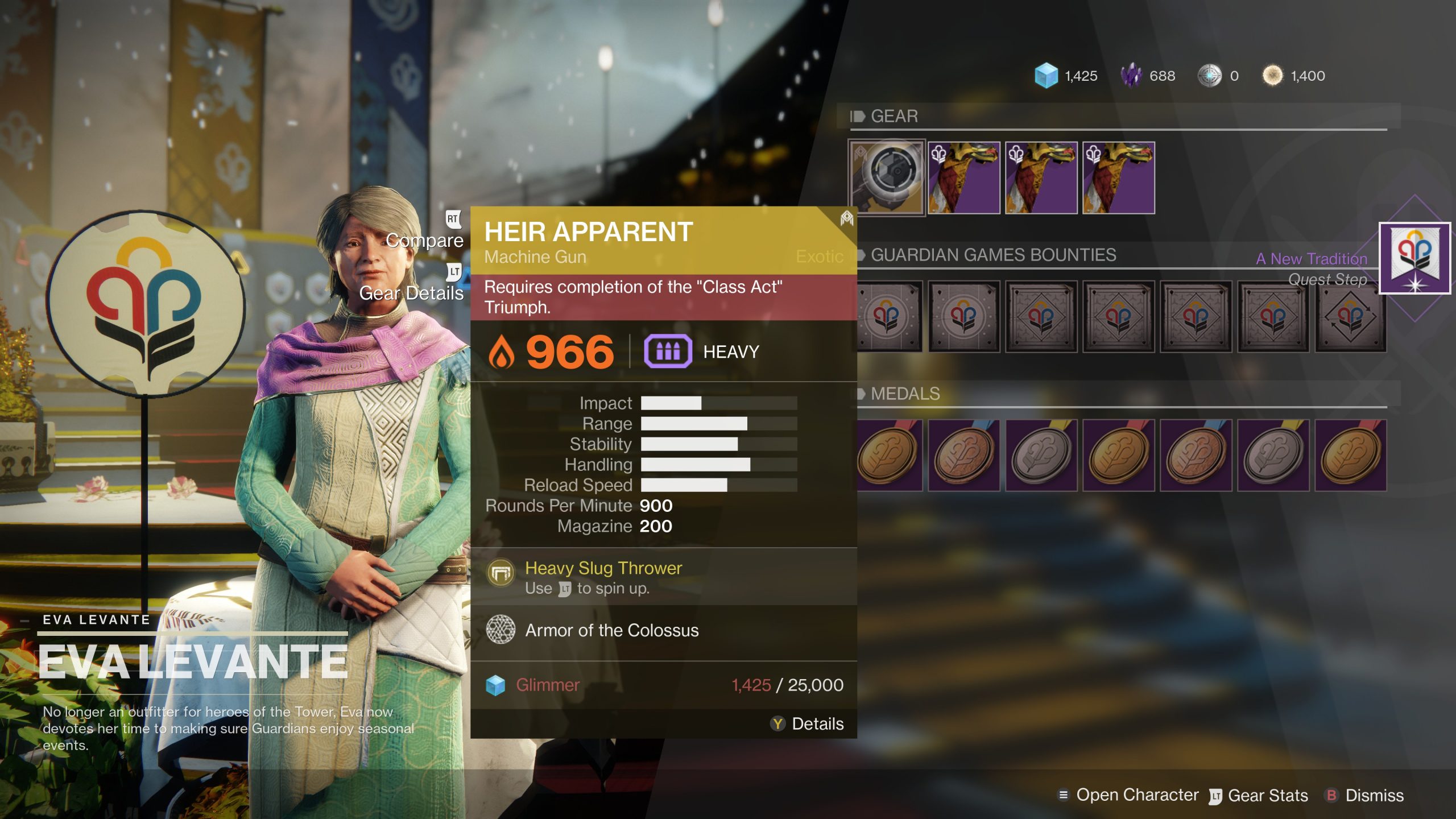 A new event and a new weapon.

Destiny 2 has a new Exotic in the Heir Apparent and Guardians will need to smash the Guardian Games 2020 event in order to get it.

How to earn the Heir Apparent

In order to get the Heir Apparent Exotic Machine Gun, you’ll need to earn the Class Act Triumph, which tasks a Guardian to earn seven additional Guardian Games 2020 Triumphs. A full listing of event Triumphs can be found below:

The Heir Apparent has two perks — the Heavy Slug Thrower, which prevents the weapon from firing until it’s fully spun up, and the Armor of the Colossus, which grants you an Arc shield if firing the weapon at full health.

Destiny 2 is available now on Windows PC, Xbox One, PS4 and Stadia where available.