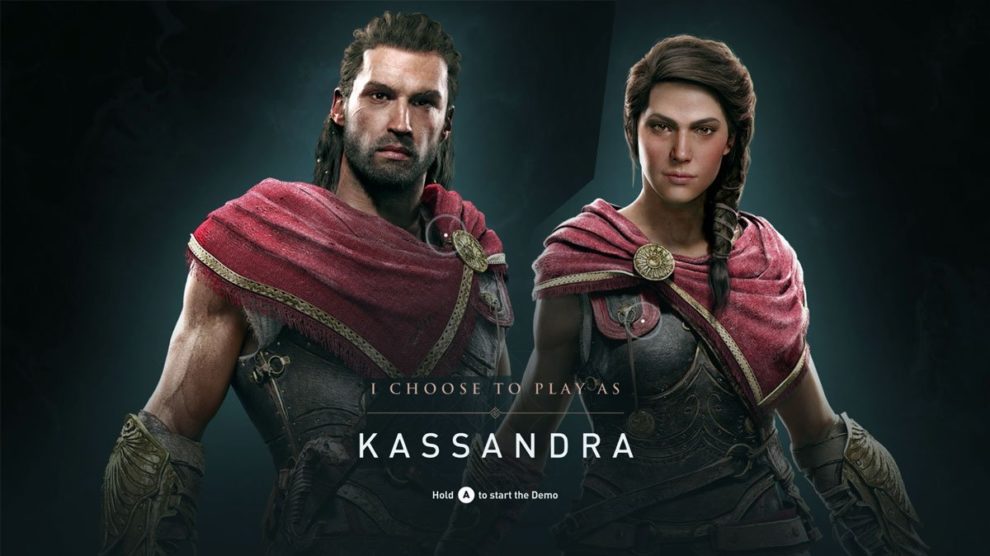 Assassin’s Creed Odyssey is almost out and ready to play, and we’ve spent countless hours with it already. We’re here to help with the game’s first big question: should you pick Alexios or Kassandra when starting the game?

The answer is a bit of a cop out, really — apart from their appearance and the gender the identify as, Kassandra and Alexios are the same person. Selecting one or the other is almost moot when you consider that they share the same skill tree, have the same dialogue options, possess the same attitude and can romance exactly the same person as the other.

As we confirmed with Ubisoft Montreal back at E3 2018, the protagonist character has been made for you to fill the shoes of, so our advise is this: take a second to think about who you want to play as. If you’re a girl and want to play as a powerful heterosexual woman, choose Kassandra. If you want to be an equally powerful homosexual woman, choose her too. We’re sure you can apply the same logic to male characters.

(And you also don’t have to romance anyone if you’d rather keep celibate; just saying.)

There’s no right or wrong, really, or advantage in picking one protagonist over the other. The system’s been planned so well that Ubisoft is looking to implement it in every Assassin’s Creed game moving forward. And hey, if you get a bit into the game and decide you’re not digging being Kassandra, restart and switch to Alexios (or vice versa).