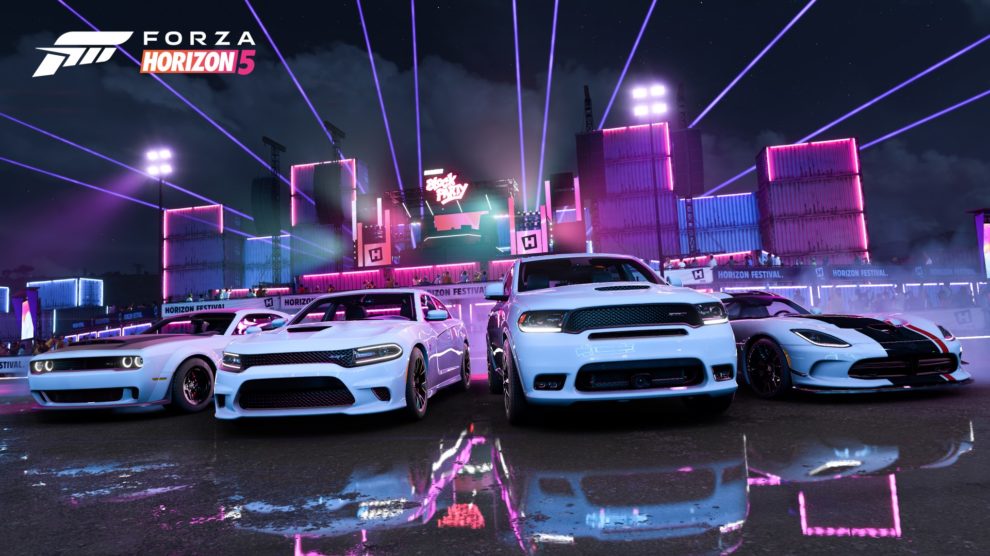 Grab a friend or two and get driving.

It’s the most magical time of the two to three year production cycle. A time when a brand-new Forza Horizon game is on the, well, horizon. I had the pleasure of sitting down with Creative Director Mike Brown and Game Designer Anna Poliakova to talk all about what multiplayer will be like in Forza Horizon 5.

The biggest difference to the multiplayer experience is under the hood. Whereas in Horizon 4 you shared the map with 72 real world players, the entire map of Mexico is stitched together with dozens and dozens of servers. That means that, unlike Horizon 4 when some of the players could be bunched on one end of the map, this much larger Mexico map will always be populated with hundreds, if not thousands of other players to play with, if you so choose.

“It’s much more like an MMO server system, where it’s packed with life all over the world,” Brown said.

The other trick is that it’ll keep people in line of sight together on the same server, so people won’t just be popping in and out as you go along your way, making it easier to link up with others.

Linking up with other players in the world is a key part of Horizon 5, with the new Horizon Link system becoming a part of the ANNA navigation system. Poliakova pioneered the Link system, and built it into the same Quick Chat system that was introduced in Horizon 4.

“Now you can actually use it to get into different events right away. So, you can just say ‘hey, do you want to do this race?’ or ‘hey, do you want to go and discover this barn find?’ and people around you can join. The system does everything for you automatically so, not only can you just join with anyone around you, you don’t need to deal with the UI menus to actually start events,” Polikova explained. 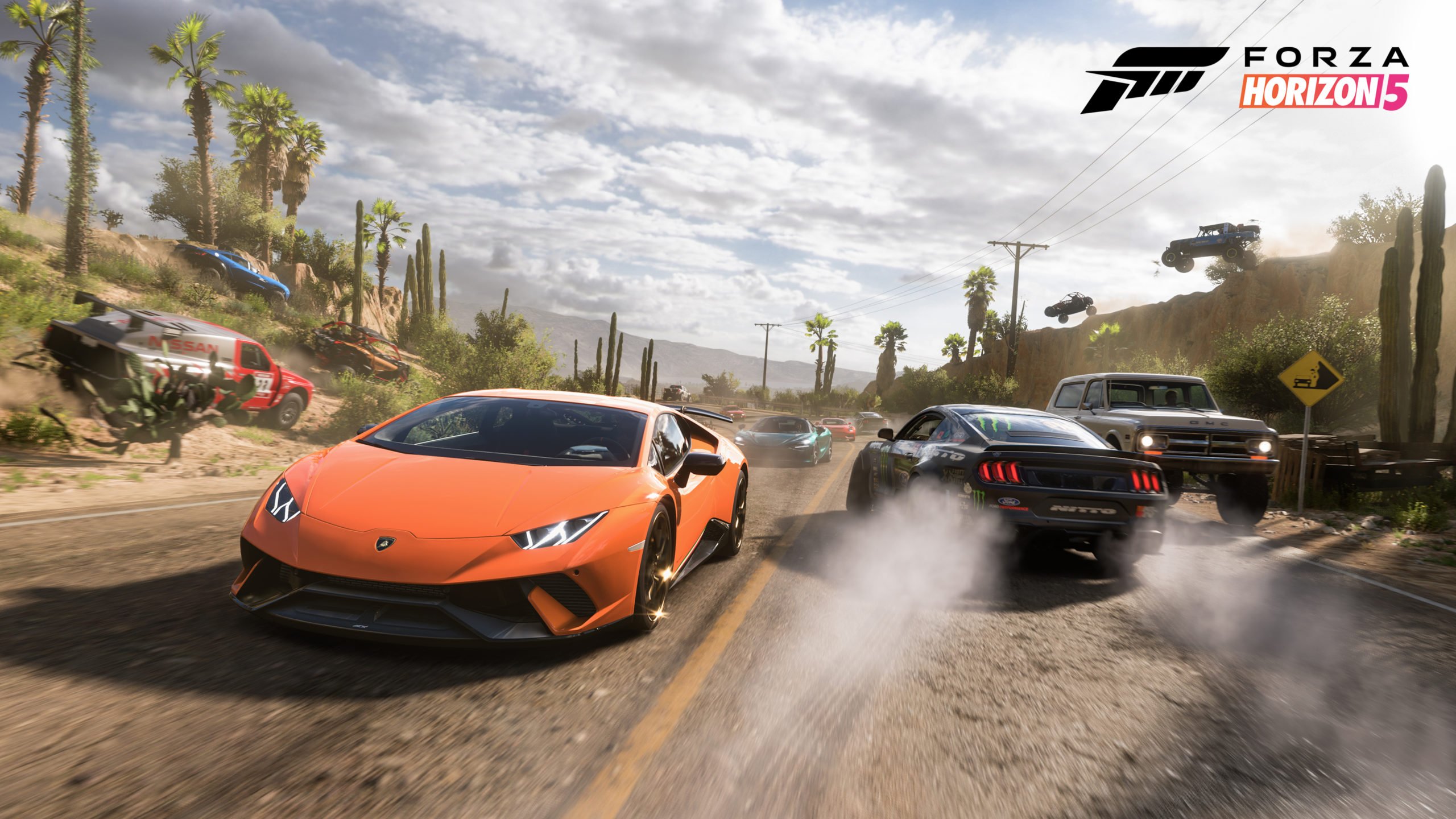 But, if you’re thinking Link is a good way to get around buying the treasure map to find all the Barn Finds, think again.

“It doesn’t automatically discover things for you, but it gives people tools to communicate with each other. So, when you ask someone for help with a Barn Find, it doesn’t put a pin on your map to say where to go, but you can give a hint to someone or drive there with them if you know where it is,” Polikova elaborated.

Link also makes the experience of deciding what to do more of a democracy. In convoys only the leader can pick the activity, but with Link, anyone can suggest what to do next and make it happen. However, the catch with Link is that you all need to stay close together, lest you accidentally be shuffled into a different server. Convoy is still the way to go if you plan on fanning out a bit more and exploring while you loosely play together.

The new server configuration also helps make Horizon Arcade more fun and fair than the occasionally patchy Forzathon Live, which suffered when people lost interest and wandered off. Now people will be able to join the event while it’s running if there’s space, and the larger game population means there’s a higher chance of starting with a full pack to begin with.

The other way multiplayer has been improved, is that there’s now less pressure on everyone in the friendship group to have a similar skill level. If you’re reasonably good and your best friend is less experienced with the game, Horizon Tour is the mode for you.

“It’s cooperative, but it’s aimed at those kinds of groups where people are at different skill levels. It’s designed to be more casual, the Drivatars are average difficulty, and winning isn’t the main aim. It’s always nice to win, but the game isn’t trying to incentivise you to win, so you should be feeling good about just participating in the event, even if you don’t arrive first. It makes it very easy for players who are good to carry their friends through the events,” Polikova explained. 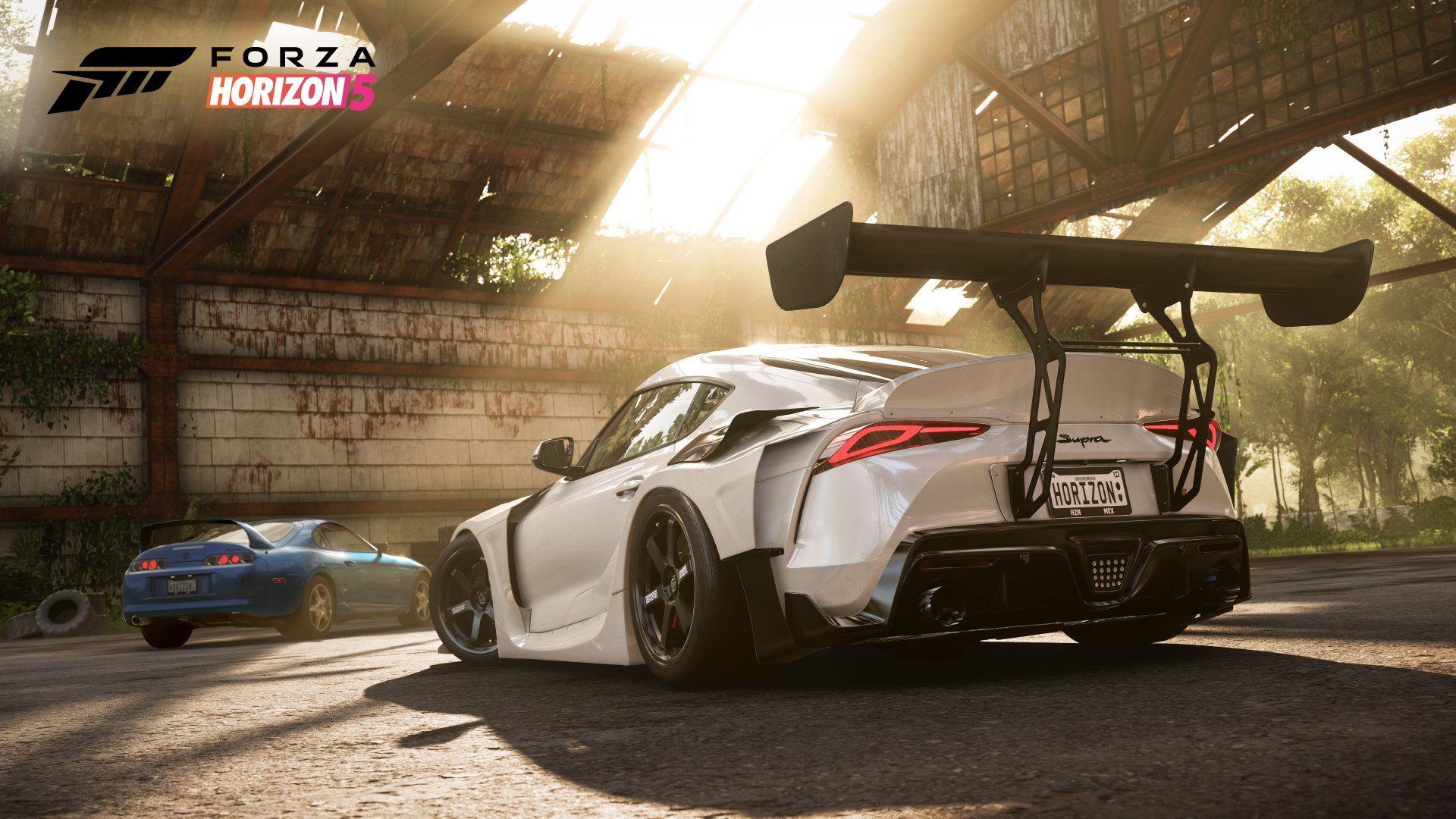 Brown has also put a lot of thought into making sure players have a good time, no matter their skill level.

“What we’ve found is that if you always have a 12-person free-for-all, then you’re going to have 11 losers. One person might really dominate while everyone else struggles. Whereas if we can split you into teams, or make it players vs AI, then the chances of players having success as a group is much higher. Things like Horizon Arcade are completely collaborative: there’s no leaderboard, so we don’t tell you who got the most points,” he said. “That’s an intentional decision so that you don’t feel ‘eurgh, I was carrying all these people’ or ‘they didn’t score enough points and are just holding me down’. You just play as a group, and succeed or fail as a group.”

When it comes to single-player, the forces letting you win or challenging you are entirely of your own choosing, except in Showcases. Steve noticed in his preview that there was some rubber-banding in the first Showcase, which is a tradition for Horizon games: you beat the ridiculous contraption and the glitter cannons go off. For anyone concerned about rubber-banding ruining their experience in the rest of the game, Brown says it all comes down to your chosen difficulty level (outside Showcases).

“On Tourist difficulty, if you miss a checkpoint or crash, it’s almost like the Drivatars will stop and wait for you to catch up and then match your speed, which is the extreme level of rubber-banding,” he said. “As you work up the difficulties, though, we completely disable it. I don’t think you’d notice it on default difficulty and above that. If you mess up, you’ll just lose.” 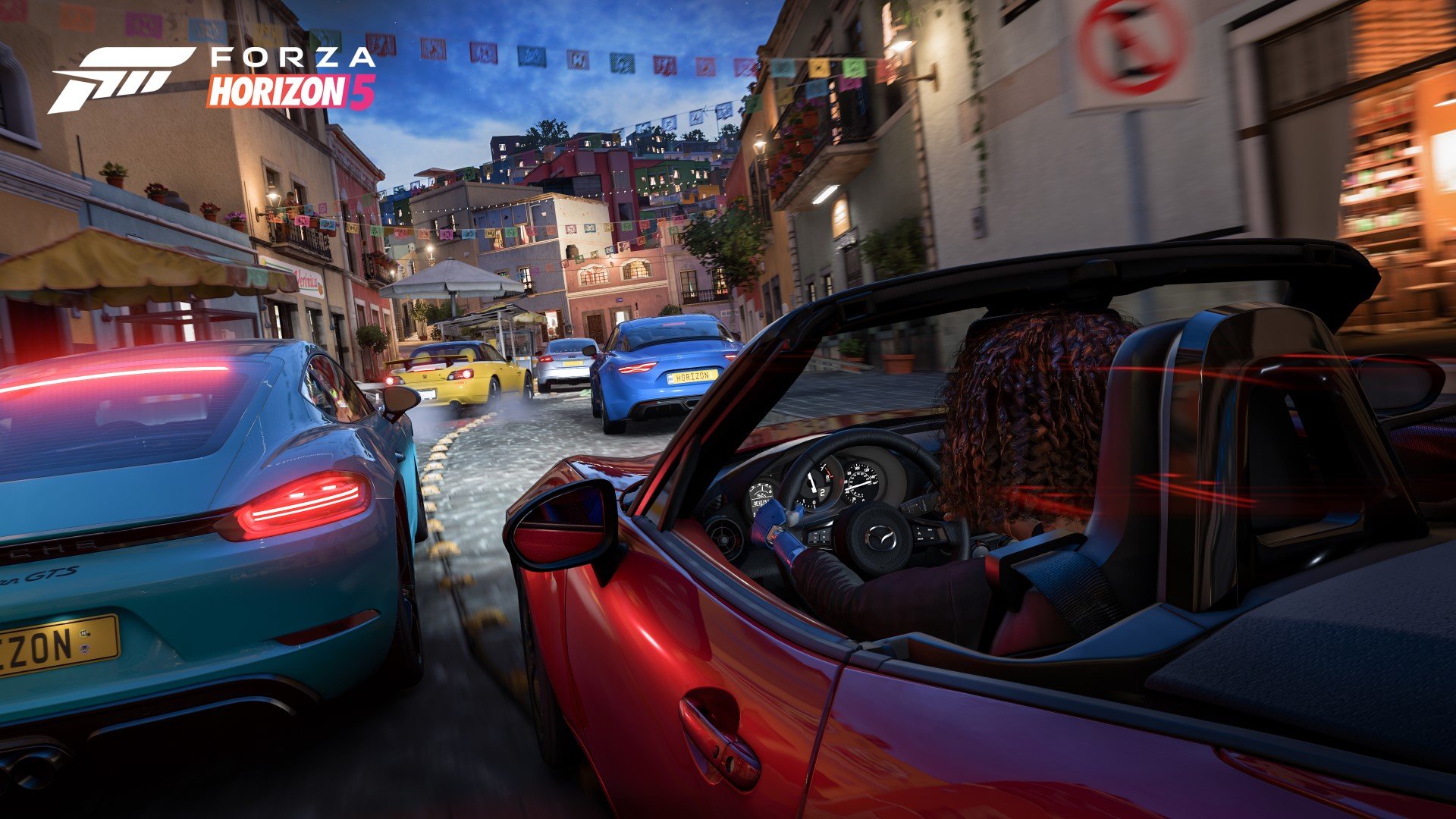 Another aspect of the game that drew some slight controversy was the retention of wheelspins, even after Forza Motorsport 7 got rid of lootboxes. Brown was quick to point out that neither wheelspins (nor the lootboxes) can be bought with real money, and that wheelspins are the easiest way to get players plenty of cars and credits without devaluing them in the game. He said that players have more fun when they have access to a large garage, and wheelspins are the best way to keep that interesting

One big change that has come to the wheelspins for Horizon 5, though, is that doubled up rewards can become gifts, instead of just credits. If you receive a duplicate car, you can choose to sell it or gift drop it to a random player. You can choose whether to give it to a new player as a nice “welcome to Horizon” gift, or a returning player with lots of Kudos. You’re also given the option to attach a message to it to brighten someone’s day, turning a duplicate car you don’t want, into a nice surprise for a stranger. The gifts will be placed in barns in which you have already found cars.

Forza Horizon 5 is available to those who pre-ordered (or upgraded to the Premium Edition for Game Pass) from 5 November, and to everyone else on Xbox Game Pass and Steam from 9 November. We reviewed it here.