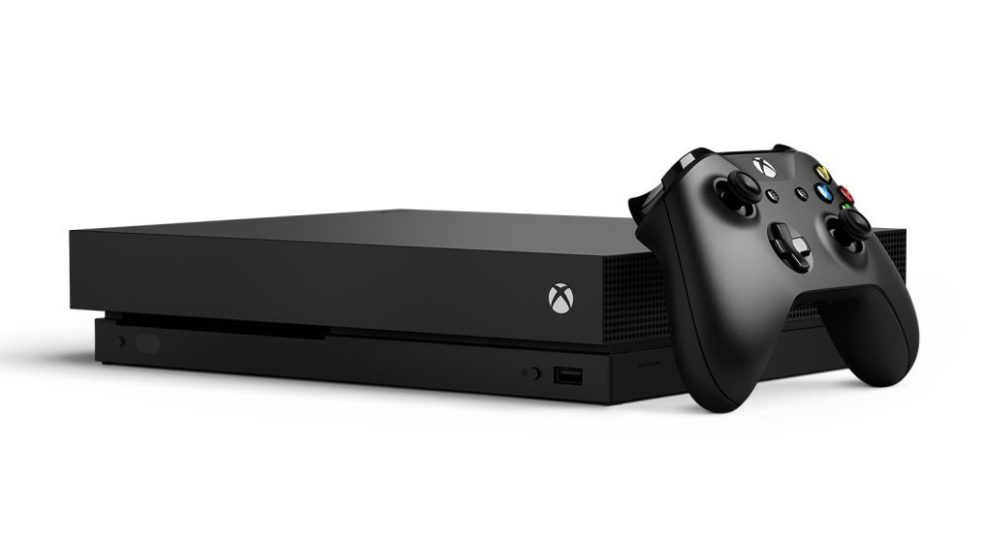 It’s Christmas morning, so you know what that means — you’ve just been gifted a lovely new console. Congratulations! For those new to the Xbox One family, which consists of the original console, Xbox One S or Xbox One X, we’ve got you covered.

There are now three types of Xbox One consoles available now: the standard model, the 4K-upscaling Xbox One S and the native 4K-capable Xbox One X.

For reference, here’s the Xbox One. 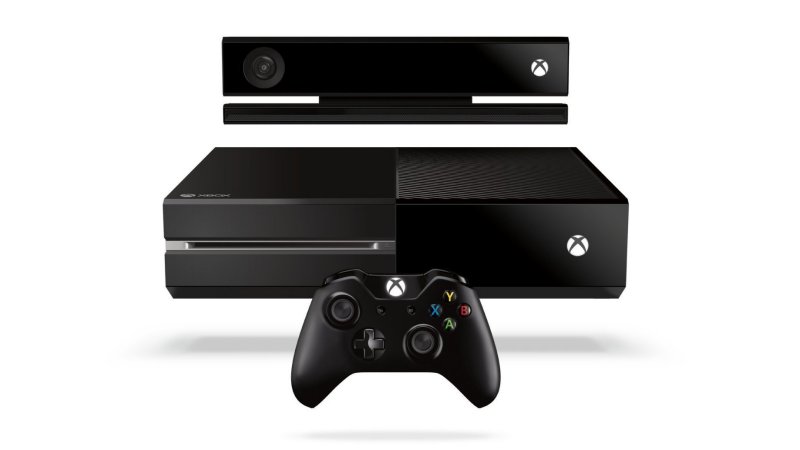 The thing at the top of the image is its Kinect peripheral, a once-mandatory but now optional device. If you’ve got one, plug it in! You’ll be able to issue voice commands with it. You’ll also be able to use it to play motion-controlled titles like Just Dance 2018.

Next, the Xbox One S is the newest iteration of the console, 40% smaller and with 4K upscaling and HDR support (though you’ll need a TV that also supports this). The S is the console seen below; it also comes with an enhanced, Bluetooth capable, controller. 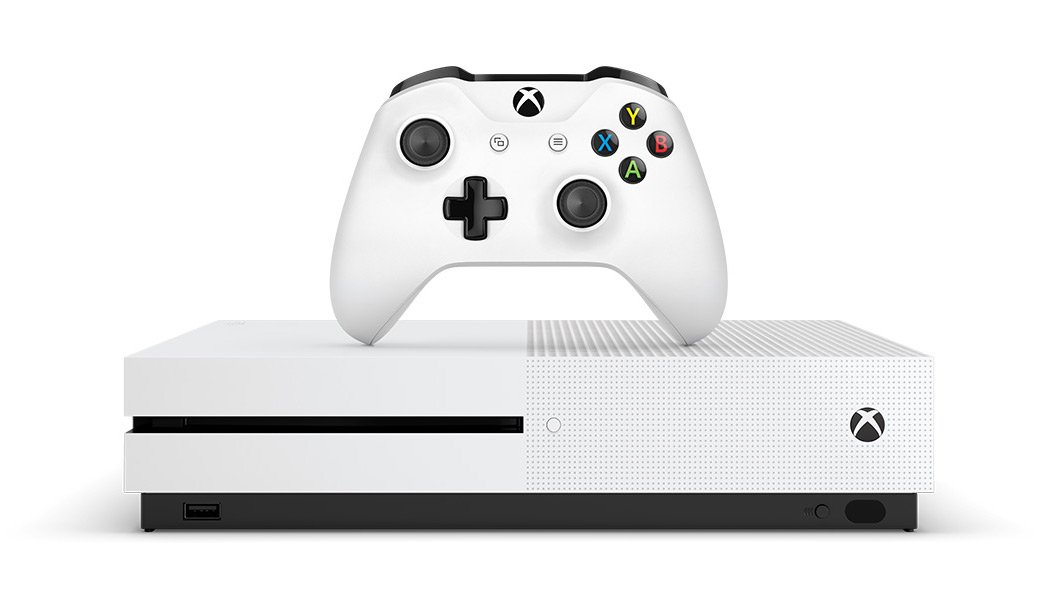 Finally, meet the new powerhouse — the Xbox One X (seen at the very top of this page). This new console outputs in native 4K with HDR support and is roughly the same size and weight as the Xbox One S. While you’ll benefit the most from a TV that supports 4K and HDR, those with standard 1080p televisions can take advantage of the X’s supersampling.

In short, we really like the Xbox One X.

Microsoft also offers the premium range Xbox One Elite controller, complete with interchangeable joysticks, d-pad and rear paddles. It’s a must-have simply due to its pleasing weight and functionality.

Since we had all consoles in the Xbox One family together at one place and time, you might as well check out our family photo, below. 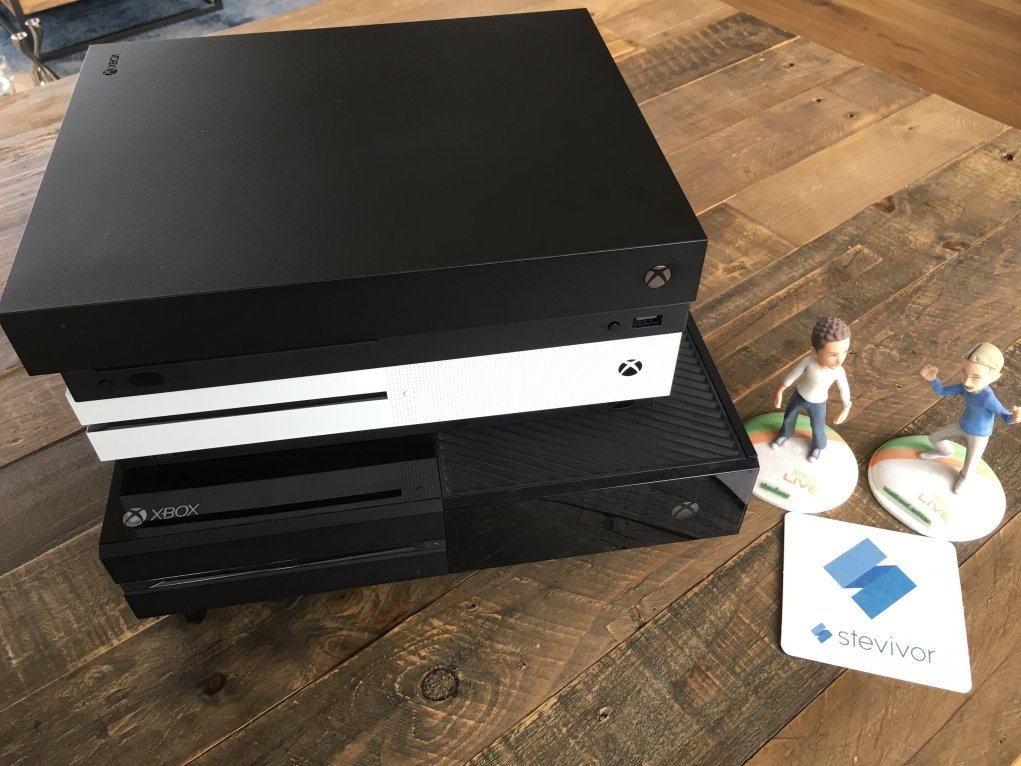 The latest Xbox UI was released in October of this year, pushing the concept of content blocks for common activities. The easiest way to get around is to hit the Xbox button, otherwise known as the Guide button, on your controller, than accessing items like My Games and Apps and your pinned items from there.

Popular apps include Netflix, Stan, ABC iView and many more. You can also stream television and movies from Microsoft’s in-built Films & TV service.

The Xbox One plays Xbox One discs and digital games as well as select Xbox 360 and original Xbox backwards compatible titles.

Microsoft has also recently launched the Xbox Play Anywhere program, which lets gamers play the same title on Xbox One and Windows PC with one singular purchase.

As previously stated, Xbox Live Gold Access comes with free games each month; this month’s offerings include Telltale’s Back to the Future series alongside Warhammer: End Times — Vermintide.

Users can also take advantage of two different subscription programs on Xbox One. First is Microsoft’s own Xbox Game Pass, offering a library of over 100 titles on both Xbox One and Windows PC. Second is EA Access, a similar subscription-based offering that provides EA specific titles on Xbox One.

Finally, here are links to the biggest Xbox One exclusive titles of 2017: