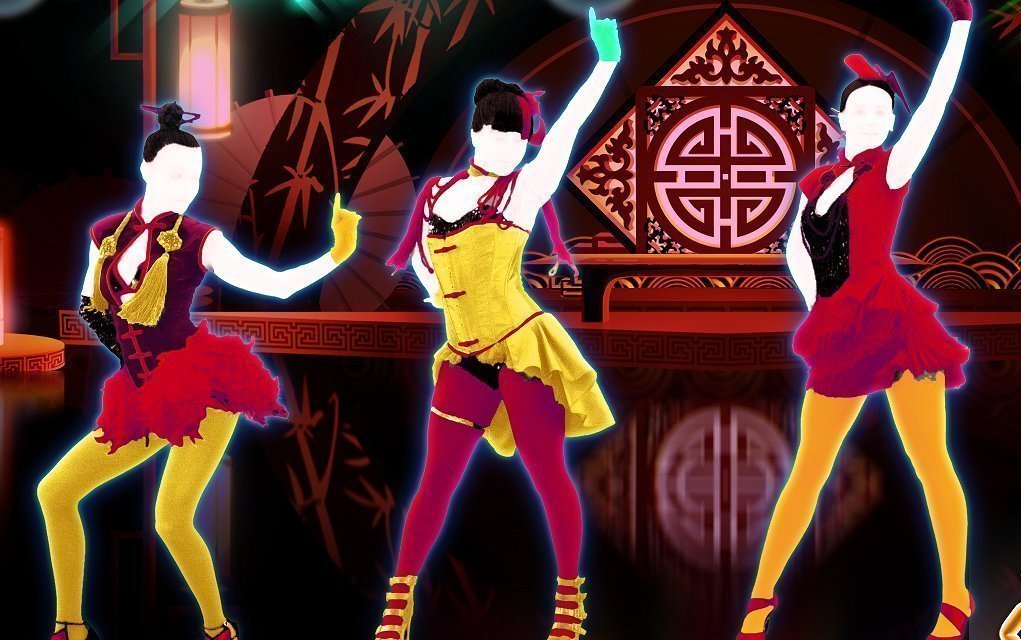 ...to the left. And then a step to the riiiiiiiiight!

My relationship with Just Dance has been rocky of late. I love getting off the couch and dancing, but I found Just Dance 2016 to be a hollow cash grab. The online World Dance Floor mode was scrapped for an asynchronous World Challenge mode; most everything else was locked behind Just Dance Unlimited, a costly subscription service that debuted at the same time Guitar Hero Live offered similar functionality for free.

Let’s put that in perspective for a second: Ubisoft was trying to double dip and Activision wasn’t.

Thankfully, Just Dance 2017 redeemed the franchise, minimising (most) attempts to prolong the drain on your wallet and instead focusing on a fun, neon-filled experience. New modes like Machine encouraged silly, energetic movements to fuel a UFO with dance so its occupants could return home. Best yet, World Dance Floor made its triumphant return.

Just Dance 2018 is closer to to 2017 than 2016, swapping out modes like Engine for a specialised Kids mode, tailored to your little ones. Unlimited continues to be a thing, boosting the in-game song selection count from 40 to 300, but only for the three months that a supplied trial offers. Console camera tracking is still supported, but Switch’s Joy-Con HD Rumble feature is presented to gamers as the next big thing.

If you’re (somehow) new to the franchise, it’s your standard dance title– movements are essentially tracked by the movements of one of your hands, highlighted on-screen in a different colour than the rest of your (clothed, yet) featureless body. In-game challenges and higher-difficulty remixes can put a technical emphasis on proceedings, but on the whole, things are simply meant to be enjoyable and fun. Crazy neon visuals will do that to a game.

Multiple players can dance the night away on each supported platform, with tracking available via Kinect, Wiimote, PlayStation Camera, Joy-Con or a smartphone app available on all major phone types. Of them all, Joy-Con tracking is the easiest to get started, and the HD Rumble effect provides a vibrating beat to help you keep your rhythm.

The HD Rumble is also used for the Switch-exclusive mode Double Rumble, offering dual-handed choreographies that make use of the controllers’ rumble to simulate things like a mariachi band leader or five-star chef. It’s quirky and weird, and the novelty of it all should get some additional replayability as you show your friends what the Joy-Cons can do.

Just like last year, I’d recommend PS4 or Xbox One cameras, Joy-Cons or a Wiimote over the smartphone app, just because there’s the small chance you’ll accidentally throw your phone at your TV in the middle of a sick move. Moreover, the smartphone app has a tendency to drain your device battery fairly quickly.

While (obviously my favourite mode) World Dance Floor returns for a second consecutive year — bosses and happy hours and all — some Just Dance mainstays appear to have been left on the cutting room floor. Sweat mode, vanilla Just Dance with a calorie counter, is nowhere to be found, nor is the Quest system that added a little variety to last year’s offerings. It is possible that the modes are gated behind a certain number of playthroughs, but I smashed the song list as part of my review.

I’m left wondering as, for some reason, a lot of Just Dance 2018‘s features are locked behind a certain amount of playthroughs — you’re limited to half the game’s on-disc (or on-cartridge, or in-digital file) library until you perform two songs, and then things like customisation items and Just Dance Unlimited itself are locked behind five. Considering the simplicity of the game and its emphasis on dancing for fun rather than technical skill, it’s a bit surprising.

While I called Just Dance 2017 a step in the right direction, Just Dance 2018 feels like a side step. There’s a decent selection of 40 modern, contemporary and even K-Pop songs to jive to, but a major portion of your library will disappear after three months (unless you want to pay to keep it all going). New modes are decent but come the cost of the removal of others. That all said, Just Dance 2018 is relatively inoffensive; it’s a great purchase for those who didn’t grab last year’s iteration.

Just Dance 2018 was reviewed using a promotional code on Nintendo Switch, as provided by the publisher. Click here to learn more about Stevivor’s scoring scale.