Back in the day – you know, when dancin’ games reigned supreme — it was Ubisoft’s franchise up against Harmonix’s Dance Central. I’ve been in the JD camp for years now, long arguing that those who want fun over technical prowess should play Just Dance. Over-the-top visuals, colours, an emphasis on moving over perfection, zany modes and crazy tracklists proved a stellar combination.

Quite simply, this year’s addition to the franchise — while just as nuts – shoots itself in the foot because it gets greedy.

If you’ve played a Just Dance title at any point since its debut back on the Wii, you’ll know most of what to expect. Up to 6-players can groove to their favourite beats, mirroring neon avatars demonstrating moves on-screen. This year, tracking can be done via the Kinect, Wiimote, PlayStation Camera and a new smartphone-based scheme available on iOS, Android and Windows Phone devices. The peripheral tracking is the same as ever, so make sure you’ve got space and some good lighting. I’m relatively certain the smartphone experience is based on the same accelerometer tracking used in the Wiimote. 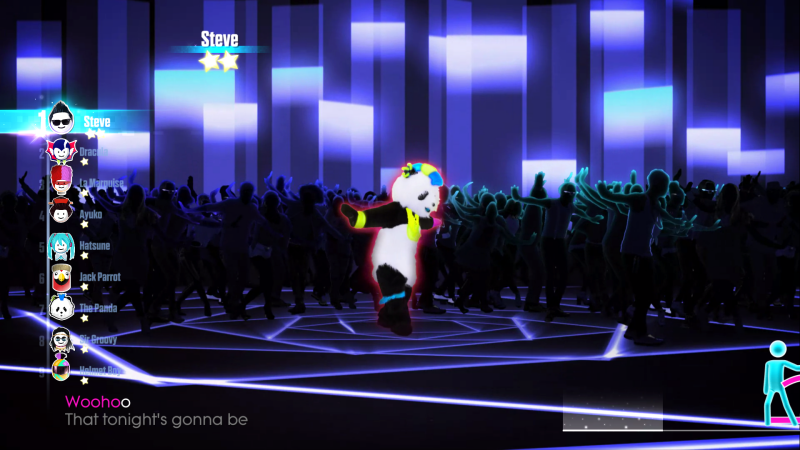 If you’re on PS4 or Xbox One and have access to a camera, I’d suggest sticking to that method of tracking. For one, you’re not going to have to keep your phone in your hand – I imagine the Wiimote has wrist straps for a reason. Second, your phone’s screen stays powered on while you’re being tracked, also sending sound effects through your speakers when you do well. It’s a neat little experience, but it really just means your smartphone battery is going to take a hit. The app worked perfectly, though tended to disconnect and struggle to reconnect on Xbox One if I kept bouncing around between Just Dance 2016, the Xbox Home screen and the Achievements app. Still, slight issues aside, multiple methods of tracking mean you can just dance (pun intended) no matter what your setup.

The game features a bunch of modes, though most are half-baked. In addition to vanilla dance modes, a new Quests area offers up three-song playlists at three difficulty levels. It’s like vanilla Just Dance, but with a bit of gamification built in. ‘Nuff said. A Sweat and Playlist mode is just that, offering up pre-existing playlists or the ability to create your own; as each is played, you’ll get a calorie counter alongside your score.

Showtime’s a new addition that combines dance with vocals in the weirdest way possible. It’s more of a YouTube video though than anything requiring skill. I submit this for your approval: 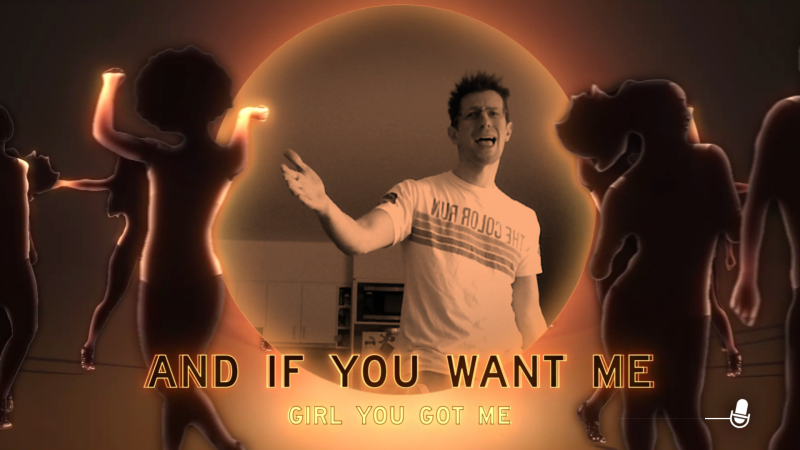 One of the biggest disappointments about Just Dance 2016 is that its World Dance Floor has been removed. The mode was one of the best things about the franchise, offering up an ever-rotating playlist for people to connect and dance to in real-time. You didn’t get the pick the song, but you were matched up against other gamers to have an ol’ school dance-off. It was glorious.

For some odd reason (cough, Unlimited), that’s now been replaced with the World Challenge, an asynchronous challenge mode where you can rather boringly dance off against a recording of one other person. You can taunt an opponent after a match, in theory causing them to challenge you right back, at the very least. All up, the magic of World Dance Floor is completely lost. It’s extremely saddening.

Even worse is the addition of Just Dance Unlimited, a subscription streaming service that’s best described as Spotify for Just Dance. It features a bunch of songs, all on-demand, but the experience comes at a cost of around $10 AUD per month (one month is provided free with the game). In a time where Guitar Hero Live offers a free streaming service, and Just Dance did of a sort with World Dance Floor, Unlimited is a massive step backwards. It’s unforgiveable, especially when you’re constantly being reminded in myriad game menus that you’re locked out of content unless you want to fork out more cash.

There’s no real reason to buy Just Dance this year, quite honestly. Innovation has gone backwards and Ubisoft has released the game hoping to get even further into your wallet. The publisher should be ashamed.

Just Dance 2016 was reviewed using a promotional code on Xbox One, as provided by the publisher.