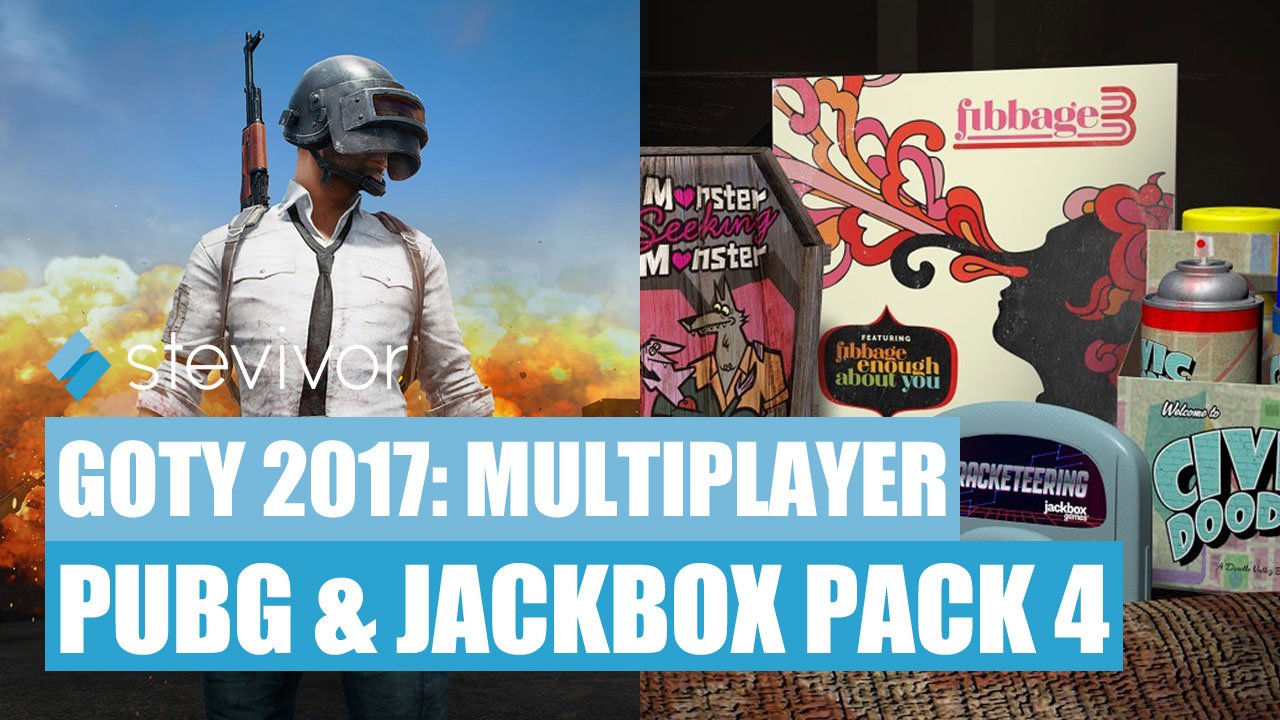 Stevivor’s Game of the Year (GOTY) 2017 has begun, and we’re starting things off with a bang: Best Multiplayer title.

In the end, our team was divided, torn between two equally deserving games: PlayerUnknown’s Battlegrounds (PUBG) and The Jackbox Party Pack 4. Talk about opposite ends of the scale, eh?

In early access on Windows PC and heading to Xbox One tomorrow, PUBG sure has captured the imaginations of gamers around the world. Brendan Greene’s work has reinvigorated multiplayer competition and has led to a wave of new, battle royale-style works. Be sure to read our series of interviews with PlayerUnknown himself here.

Meanwhile, The Jackbox Party Pack 4 proves that Jackbox Games does the party genre best, despite a big push from Sony with PlayLink on PS4 this year. Fibbage and Fibbage: Enough About You lead a strong line up of titles, and they’re available on multiple platforms: Windows PC, Xbox One, PS4 and Switch. There’s no excuse not to play.

Honourable mentions in this category go to Destiny 2 (PC, Xbox One, PS4) and Snipperclips (Switch).