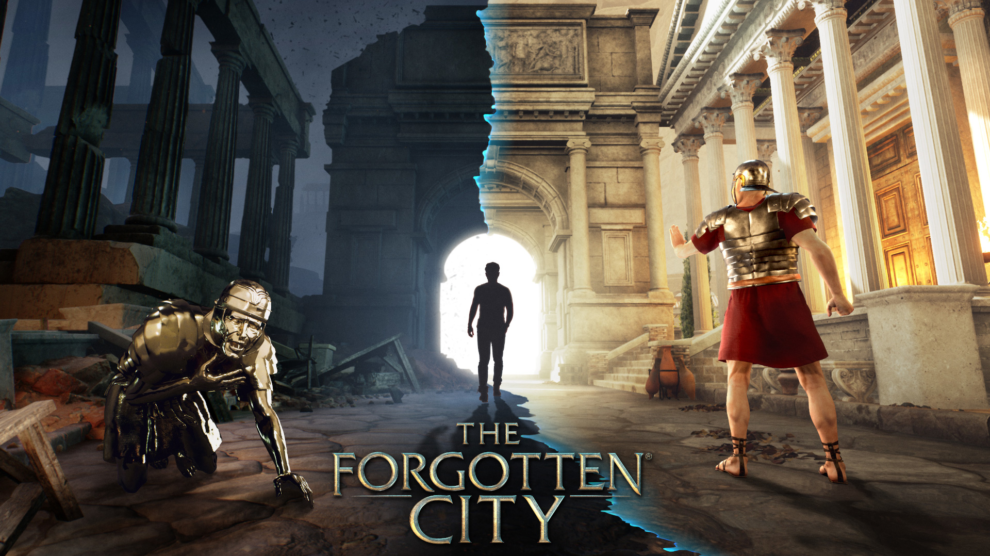 An examination of morality through the lens of an Ancient Roman setting.

The Forgotten City has finally arrived and with it, so too does our look into this fully-fledged game that first started out life as an Elders Scrolls Skyrim mod designed by a pair of Australians.

Developer Modern Storytelling’s title boasts a fantastic examination into morality through an ancient Roman civilisation. The Forgotten City is a mystery exploration game where players will be dialling the clock back 2,000 years to relive the final days of a cursed Roman city. What makes the city cursed? Well, the fact that if even one person sins, then every single person dies.

As the player, you must figure out a way to break the curse of The Forgotten City. However, you must also do so without sinning as, you guessed it, everyone will die. Interacting with the townspeople, exploring the city and its ruins as well as exploiting the game’s time travel mechanics are all imperative to unravel the mystery of The Forgotten City and breaking the calamity that’s been placed upon it.

And with the original mod having been critically acclaimed — even winning a national Writers Guild award — it’s no surprise the fully developed game is an extremely engaging and enjoyable experience. It takes the foundations that had been previously created and transforms them into a standalone narrative, design, and experience. The result is a title that any RPG fan should take the time to play through.

A narrative woven through morality

The Forgotten City excels is in the nuance of its storytelling. While on the surface it may present as a simple mystery, the twists and turns are anything but. The natural build and progression of the storyline works in conjunction with the player. The narrative gives you the chance to understand and master the gameplay elements in an organic way, with multiple ways to complete many of the quests you come across. However, the variety of options at your disposal is thoughtful and relevant — they aren’t simply thrown in for the mere illusion of choice. Instead, players are allowed extra freedom to shape their own narrative through trial and error. This feature not only makes exploration more enjoyable, but encourages you to actually interact with the world around you and in particular, the other characters.

With a focus on concepts of sin and morality, it would be expected that The Forgotten City’s narrative would reflect the complexity and nuance of such an idea. This is where the it truly excels. It utilises its ancient Roman setting to comment upon the complexity of moral ambiguity by juxtaposing it with a setting that celebrates a more rigid moral standing. It will make you question the idea of good and bad through your choices and interactions. The correct path isn’t always clear. With the backdrop of all your decisions being the worry of doing something sinful and kickstarting the death of everyone around you, the lines really begin to blur.

Similarly, the endings of the game reflect the overall story in a very authentic way. The twists and turns are genuinely unexpected and will keep you engaged right until the bitter end.

The grandeur of Rome

Video games have a history of bringing old civilisations to life, and The Forgotten City is one such example of this being done well. The ancient Roman setting is a beautiful location and the city itself is gorgeous and vibrant. Developer Modern Storytelling was clearly meticulous when creating a polished and complete look for the land.

Similar to how the narrative operates as a multifaceted entity, so dolocales. The grandeur of villas and temples is balanced out with the darkness of hidden corners and locations. The visuals embody the push and pull of the narrative; the battle between beauty and darkness. While it may not be the largest world to traverse, it is a dense one. Filled with enough details and information to have you exploring every nook and cranny. Unlike so many larger games, its smaller size actually makes thorough exploration enjoyable. You don’t need to waste hours upon hours looking around; instead, you’ll find yourself drawn to locations organically.

Character designs are consistent and complement the ancient Roman setting as well. The city is populated with soldiers, merchants andfarmers as well as the rich and powerful. The variety of townspeople you interact with adds extra life into the world. This polish and attention to detail makes for an enjoyable and immersive city to get lost in.

The tools given to help traverse the world

Unfortunately, the gameplay of The Forgotten City leaves a bit to be desired. While simplicity is typically a better choice than over-complicating things, it could have used benefited from expanding on previously-introduced gameplay elements. The incorporation of ziplines was a great way to make trekking through the city fast and fresh, however, zipline mechanics are clunky and slow. What’s more, there aren’t enough zipline opportunities around the map to warrant their inclusion in the first place. If more had been added and the mechanic had been further developed, this could have been an exciting feat.

Weapon mechanics could also be improved. While the main weapon, the bow, shoots well and is mainly used for exploration, it struggles during any fight sequence. The kicking feature is useful in these moments where the boy does struggle, however, the implementation of a melee weapon may have helped balance things out.

However, the lack of complexity in gameplay doesn’t take away from one’s overall enjoyment. Conversation branches and dialogue are implemented well; paired with time-travelling elements, this is certainly a unique experience. Where you’d typically permanently be punished for choosing the wrong dialogue, The Forgotten City gives players the chance to learn from their mistakes. It’s a nice change of pace from the usual harshness of similar RPGs.

The Forgotten City expands upon the original concept of a small mod and has been developed into a rich and well-balanced experience. While itsgameplay is simple, its narrative and atmosphere shine through. A great game from start to end, The Forgotten City is a perfect gem for gamers who love a mystery. More than that though, it’s a fantastic game that explores the complexity of morality and challenges players to do the same long after its completion.

The Forgotten City was reviewed using a promotional code on PC, as provided by the publisher. Click here to learn more about Stevivor’s scoring scale.