The Elder Scrolls V: Skyrim will turn four-years old in November and even today there are roughly 25,000 active players still playing Bethesda’s epic adventure on Steam. The modding community has been prolific in creating all manner of wild, whacky and even sometimes serious mods for the title, but a new mod-expansion released 3 October looks to be the biggest undertaking yet.

This is not your run of the mill mod that improves graphics or adds Thomas the Tank Engine to the world. “The Forgotten City” is a brand new quest line, with full voice acting set in a brand new area of Skyrim.

Speaking with Pearce, it’s clear to see the passion he has for his pet project. Working away for over three years, he says that a lot of his time was spent learning, but that his history developing games in QBasic when he was a kid helped somewhat.

“It’s taken me over 1,700 hours, but a lot of that was a learning experience. If I had to do it all again, it would take me half that, maybe less,” he explained. “I’ve been making games since I was a kid. Terrible, terrible games that nobody should or could ever play, which I wrote in QBasic. I forgot about making games for a while, and played them instead. The game-making tools that are available today have come a long way! So, I thought about what kind of game I wanted someone to make, and instead of waiting, I just made it.”

Pearce admits that despite his earlier dabbling with QBasic, “The Forgotten City” is his first real foray into games development.

“It’s been thoroughly enjoyable, mostly because it activates parts of my brain I don’t get to use day-to-day,” he said. “It’s an enormous intellectual challenge to acquire all skills you need to make a game.”

Despite the length of time Pearce has spent creating his expansion, he’s not charging for “The Forgotten City”, a fact he says is freeing. “One of the advantages of modding for free is not having to worry about how many people play it.  I’ve spent over 1700 hours on this project, so if 283 people play it for 6 hours each, then that’s a work to entertainment ratio of 1:1 – and I’d call that a win.” His attitude is surprising and refreshing, something that translates into the expansion. 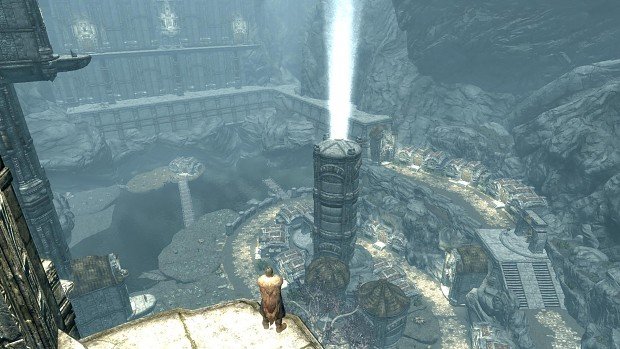 The majority of quest lines in Skyrim are variations on fetch-quests which Pearce feels are a bit mindless. He’s designed “The Forgotten City” to be a different experience and one which requires players to think about what they’re doing. “Your character might be a maxed-out beast in end-game armor, but if you try to rely on brute force or just blindly follow quest prompts, very bad things are going to happen.” Pearce is hesitant to expand as he doesn’t want to give away any spoilers, but he stresses that players will have the best experience with his expansion if they take their time and use their brains.

Watching the trailer above, you may notice the very Patrick Stewart-sounding voice over. When asked about the voice actors in the game, Pearce explained that once he’d written the story and dialogue he put an open casting call out and had 150 actors from around the world audition for the 30 roles. In the end he had 18 voice actors record over 1200 lines of dialogue. The Patrick Stewart sound-a-like actually comes from Melbourne too.

“For the main protagonist and narrator, Jarl Metellus, I had this outrageously ambitious idea to ask for someone who sounded like Patrick Stewart,” Pearce said.  I cast James McLauchlan who once called me up and introduced himself as Jarl Metellus in his Patrick Stewart voice. For a second I seriously thought I had lost the ability to distinguish between reality and computer games.” 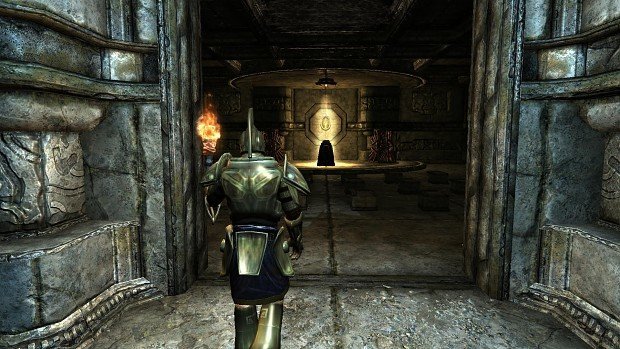 Now that work has wrapped on “The Forgotten City” Pearce says he plans to spend a few hundred hours exploring post-apocalyptic Boston in Fallout 4, but is definitely keen to continue working on games. “Now that I know what I’m doing, I’d like to collaborate with a team of talented, creative people. I’m excited to see what the future brings!”

“The Forgotten City” is available for The Elder Scrolls V: Skyrim for free from Skyrim Nexus, Steam Workshop and ModDB.